Gilbert Diendéré: Coming Out from the Shadows

Chief of staff to Blaise Compaoré, Burkina Faso’s ex-president, Gilbert Diendéré is far more than a jack of all trades; intelligence, information, organisation and control, he is a master of all.

Burkinabé military officer and head of the powerful Presidential Security Regiment (RSP) for almost three decades, Gilbert Diendéré, who was known to lead from the shadows, took an unprecedented step into the lime light on September 17th, 2015.

In a move the General is now calling “the biggest mistake,” he took power of his West African home country, in a coup d’état that lasted a mere six days. After which, he and his army succumbed to mounting pressure to step down.

The coup, which pushed out the interim president, appears to have been an attempt to reinstate his comrade, Compaoré, the man for whom he was the quiet power behind through the former president’s entire time in office.

As the officer who announced the October 1987 coup, this was not Diendéré’s first experience of overthrowing a government. Taking power from the popular and revolutionary Thomas Sankara, with whom Diendéré had trained alongside as a young cadet in the army, he then placed it in the hands of Compaoré.

This was a pivotal time for the General, who was subsequently made head of the Presidential Security Regiment (RSP). With Compaoré’s blessing, he developed and expanded the RSP into a reportedly stronger and better trained army, which offered its soldiers better conditions and higher pay. It also answered directly and exclusively to the president himself.

Together the pair ruled Burkina Faso for an almost unfeasibly long time. Not until October of last year, when Compaoré’s push to be re-elected resulted in him being ousted by mass public demand, did their reign come to an end. Throughout his time in power, Diendéré has been accused of crimes against humanity. The charges against him include murder and firing at unarmed protestors, allegations for which the General will now stand trial.

Standing at an impressive 6.5 ft, Diendéré may be physically imposing and considered to be one of the most powerful men in Burkina Faso, but until recent events the 56 years old had chosen to exert his power indirectly.

His international connections boosted Compaoré’s network and political status, whilst also cementing his own reputation internationally, particularly in America and France. In 2008 Diendéré was awarded the Légion d’Honneur, one of France’s most prestigious military medals.

The former head of RSP is highly regarded for being well informed, knowledgeable in many fields; particularly that of the West African political affairs, and a skilled negotiator and strategist. Known as a “master of intelligence,” the Burkinabé General has been involved in delicate negotiations with al-Qaeda linked group AQMI and in the release of several European hostages in 2009 and 2011.

A fearless thrill seeker, he enjoys regular parachute jumps and is popular and respected amongst his colleagues. However, it is recognised that the man described as shy and calm, with the formidable “iron fist” handshake, is a man one would prefer as a friend and not a foe.

In the Face of Justice

Just days after the coup began Diendéré conceded, “I am willing to turn myself over to face justice,” and called for his army to lay down their weapons. “I would like the people of Burkina Faso to find a solution to this crisis through dialogue.” He said, after turning himself in on October 1st.

The self-appointed Chairman of the National Council for Democracy sought shelter in the Vatican embassy as crowds on the Burkina Faso streets became violent. Negotiations took place to ensure his safety before he was handed back to the interim government. The Presidential Security Regiment (RSP) was later ordered to be disbanded and the assets of Gen. Gilbert Diendéré, frozen.

What is next for the shadowy figure is uncertain. He remains adamant that Compaoré had no dealings with the latest coup and has openly denounced his own actions. For now the country awaits the delayed elections which will take place on November 29th, perhaps a clever by-product of the General’s failed coup. The complicated history of Burkina Faso informs us that the future is most likely to follow suit, as for the rest, only time will tell. 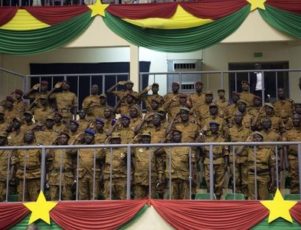 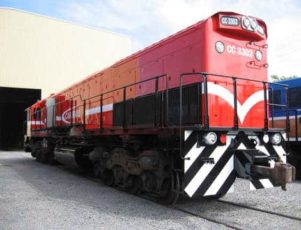