The West-African nation of Benin concluded a peaceful, democratic two-round election on March 20th. Outgoing President Thomas Boni Yayi handpicked his successor, Prime Minister Lionel Zinsou, to run against a former ally turned nemesis, Patrice Talon. This election is notable for several reasons: unlike other African leaders, Boni Yayi did not alter Benin’s constitution in order to remain in power past the two-term limit; Zinsou conceded defeat to Patrice Talon on March 20th after winning the March 6th first-round election, and the election was free from violent protests and uprisings.

A former French colony, Benin has not followed an easy path to democracy. Despite the challenges of post-colonialism (including a decade-long-stint as a Marxist state, interspersed with bouts of intense unrest and violence), Benin has managed to rise above its neighbors, proving that it is committed to free and fair elections. The fact that President Boni Yayi left power at the end of his two-term appointment is in itself remarkable: many of Benin’s neighbors have struggled to depose rulers who are desperate to cling to power past their time.

Perhaps even more impressive than President Boni Yayi’s peaceful exit is the concession by his chosen successor, Lionel Zinsou. The ruling party candidate and current Prime Minister, Lionel Zinsou faced challenges in his candidacy. Having spent the majority of his life outside of Benin, Zinsou struggled to overcome the perception that he was an outsider in his own country, and that his lack of experience on-the-ground in Benin would hinder his ability to make informed choices for the country. It seemed as though he had proved his worth as a Beninese on March 6th, when he won the first round of elections, but Talon ultimately prevailed.

The Gloves Came Off

Between the first election cycle and the second, Benin’s first-ever presidential debate took place. Talon used this opportunity to outline his vision for Benin, and to launch a litany of personal attacks against Zinsou’s lack of experience in Benin and the likelihood that Zinsou would only continue his predecessor’s policies that had “created a banana republic…[and] become the laughing stock of the world.”

Talon’s platform was centered around his rise to fame and fortune despite his small beginnings. Born in the small coastal town of Ouidah, Talon rose to become a key figure in Beninese business, even bankrolling Boni Yayi’s successful 2006 and 2011 campaigns. Talon’s fortune came through his agricultural business investments, primarily in cotton. After completing his university education in Senegal, Talon moved to France to pursue a career in international business. In 1985, he founded the Inter-Continental Distribution Company (SDI), which provides agricultural inputs like fertilizers and herbicides, to cotton farmers in Benin, Burkina Faso, Togo and other West African nations. Talon profited handsomely from the World Bank driven economic liberalization of the 1990s, winning production and manufacturing licenses for cotton ginning within the country.

A Man Made Through Cotton

It was through cotton that Talon made himself known in politics. Talon formed a relationship with the then-communist-government-owned sugar company, SAVE. Through this connection, communist politicians recognized his potential value as a business ally, and when the country moved to a multi-party state in the 1990s, Talon was able to preserve his friendships within the new government. In 2008, then-President Boni Yayi awarded Talon rights to a total of 15 out Benin’s total 18 cotton ginneries, making the cotton industry a near monopoly. Once a close friend an ally of President Boni Yayi, Talon lost favor with the President after being accused of plotting a coup and, later, masterminding a plot to poison the President. Talon fled to France in exile before a Presidential pardon in October, when he returned to Benin, ostensibly in preparation for the election.

The election of President-elect Talon marks the third truly democratic election in the nation’s turbulent history. Having fought against the odds and being elected to the highest office in the country, Talon has even bigger challenges to face as President.

With his experience in the agricultural and cotton industry, it seems logical that Talon would focus on making these industries sustainable while working to diversify the economy–40% of Benin’s GDP is dependent upon cotton. Talon knows that he has a tough job ahead: he has already voiced his desire to tackle youth unemployment, reduce corruption in politics and business, and improve the health and education for the 10.6 million citizens he now represents.

An unprecedented 48 candidates have applied to compete for the presidency in Benin’s upcoming February elections.

In a record turnout, 48 candidates have applied to run for presidency in the West African country of Benin in February this year. According to their electoral agency, although 52 nomination papers were received, only 48 forms were correctly completed and accepted.

Political analyst Agapit Napoleon reported this is the highest turn out Benin has ever witnessed in a presidential election since military rule ended in 1990 and multi-party politics commenced.

President Thomas Boni Yayi has held office since 2006 but is barred under the constitution from running for a third term. Thus the elections are wide open to new leadership and the nominations have been flooding in.

“I dream of a Benin that smiles and that’s why I invite us to turn resolutely toward a clear future,” said president Yayi to a crowd of 35,000 at Mathieu Kerekou stadium after he assured the nation he would not change the constitution to run again.

A front runner is expected to be current Prime Minister Lionel Zinsou who has been selected as the ruling party FCBE (Cowrie Forces for an Emerging Benin) main candidate. Zinsou announced at a business conference in London that he was committed to the electoral race and honored that his party had ratified his candidacy.

Zinsou said his manifesto will concentrate on helping informal workers gain full employment and financial support for agriculture. He argued agriculture needs to be made a priority as it accounts for 23% of Benin’s gross domestic product but only 2% of the banking industry’s profits.

Should he be voted in, he claimed a priority policy would be to finance agriculture in Benin, making sure that families don’t have to carry the burden of borrowing money to finance agricultural activities. Zinsou highlighted the poverty trap farmers often got stuck in when only having access to high-interest loans within Benin, a small cotton-producing nation.

Zinsou’s agricultural policies will particularly focus on developing agricultural banks with an emphasis on ensuring credit is available for farmers. In his policy announcement Zinsou stated that building agricultural credit was the cornerstone of building economic success for the vast proportion of farmers in the country.

Speculation from critics claim Zinsou, a French-Beninese investment banker has been implanted by the former colonial power France to safeguard economic benefits for the current president Bony Yayi.

However, Zinsou insists he has the backing of other major political parties including Adrien Houngbedji, a PRD lawyer and current head of Benin’s parliament, who came second in the 2011 election. The government has also publically defended Zinsou, emphasizing his full citizenship and criticizing his opponents for utilizing racist tactics to undermine his candidacy.

Big business in the race 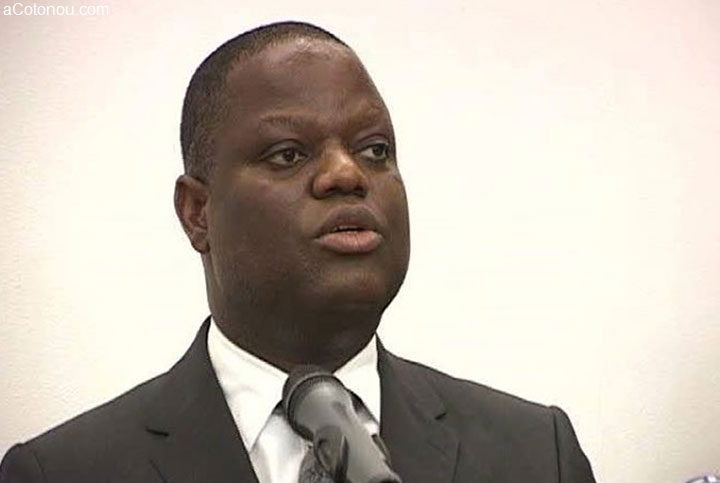 Two of the most influential and wealthy businessmen in Benin have also announced their candidacy to run against each other. Sebastien Ajavon, who acquired a significant fortune in the food industry, is set to run against fellow tycoon Patrice Talon, a cotton mogul. Talon is regarded as the main opponent to President Boni Yayi’s FCBE party.

Ajavon announced to a large crowd of supporters at Mathieu Kerekou stadium on Sunday, January 3rd that he would run as a candidate for all Beninese. He made particular mention that regardless of religion, gender, geographical region or political preferences he would stand for all citizens.

In the past Ajavon has stayed in the background of politics, funding various political parties. In a similar vein Talon has previously offered financial support to president Yayi’s ruling party before switching allegiance to the opposition.

Political analyst Francois Alladji stated that with Ajavon announcing his candidacy it, “pits the two most powerful traders” in Benin directly running against each other.

The opposition coalition named “Unity Makes the Nation” remained split and could not reach a consensus as to their choice of a main candidate. Subsequently Eric Houndele, who acts as vice president in parliament, also dropped his nomination as an independent candidate.

Despite the strong candidacy of Prime Minister Zinsou, seven other members of the current ruling FCBE party have also applied to run against each other.