Peugeot Nigeria: Rebirth and Revival thanks to Africa’s richest man? 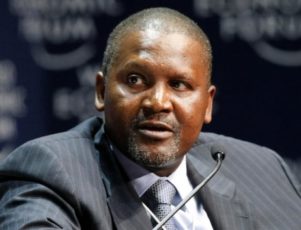 AMCON’s acquisition of PAN’s controlling shares in October 2012 is set to end as Nigeria’s so called “bad bank” opens its shares of PAN up to bidders. Africa’s wealthiest man, Aliko Dangote, is ready to step up to the challenge.

January 2016 saw AMCON (the Asset Management Company of Nigeria), Nigeria’s so called “bad bank”, look to sell its stake in PAN (Peugeot Automobile of Nigeria Ltd.), and they began to invite bids from investors. AMCON currently owns a 79.3% controlling interest in PAN.

PAN was founded in 1972 as a joint venture between the French automaker and the Nigerian government, with the goal being to manufacture and market vehicles under the brand name of Peugeot.

During the 1980s PAN was profitable and produced upwards of 90,000 cars yearly. However, due to the influx of cheap, second-hand vehicles that began to come in to the country from Asia, the company began losing profits. This led to the sale of the controlling stake in the company, by the Nigerian government, to investors in 2006.

Unfortunately, the new investors did not fare well and managed to accumulate bad debt during their leadership, leading to AMCON’s acquisition of the majority share in the company in October 2012.

“Following the accumulation of huge non-performing loans (NPL) indebtedness to banks, in October 2012, the AMCON acquired the debts of the company and converted a portion to equity to help restructure the firm,” Peugeot had said.

Enter Aliko Dangote, President and Chief Executive Officer of the Dangote group. A man that also carries the distinction of being Africa’s richest man, as ranked by Forbes in 2015, with an estimated wealth of $17.3 billion.

Dangote is already active in the cement, oil, food, sugar and farming industries, and now has his sights set on the automotive industry. Aliko Dangote has teamed up with the Nigerian States of Kaduna, and Kebbi, as well as the development lender Bank of Industry (BOI) to bid for the shares now up for sale by AMCON.

Governor Nasir El-Rufai told a conference, “We have submitted bids for the carmaker… with Aliko Dangote on board together with BOI, Kebbi and Kaduna State, we are confident our bid will sail through.”

Bidding for the stake controlled by AMCON closed on January 26th, and Governor El-Rufai did not provide any further details.

On its website PAN stated that its assembly plant, which is located in Kaduna state, has Peugeot Citroen PEUP.PA as its technical partner, and it has the capacity to assemble 240 cars in a day.

Meanwhile, the Nigerian government has been keen on promoting a “Made in Nigeria” industrial policy and ordered local car distributors to make plans for new assembly plants back in 2014. They threatened to begin imposing prohibitive import duties.

Jean-Christophe Quemard, who is the executive vice president for Peugeot in Africa and the Middle-East, met with President Muhammadu Buhari in November to discuss reviving local production.

Other automakers such as Germany’s Volkswagen, Renault-Nissan, and South Korea’s Kia motors have also announced plans to begin assembling their vehicles in Nigeria, which is currently Africa’s biggest economy.

Not to be outdone, the Ford Motor Company of the United States will set up an assembly plant in Nigeria in November. With a 5,000 vehicle annual capacity, the plan is to produce up to 10 vehicles each day for the local market and eventually move into export into West African countries. 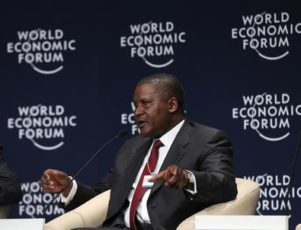 LAGOS (Reuters) – Aliko Dangote, Africa’s richest man, has teamed up with two Nigerian states to bid for a majority stake in Peugeot Automobile Nigeria (PAN) Limited, a local joint venture with the French automaker, the governor of Kaduna State said on Thursday.

Governor Nasir El-rufai said the states of Kaduna and Kebbi along with development lender Bank of Industry (BoI) and Dangote have submitted bids for the stake which AMCON, Nigeria’s state-backed “bad bank”, is looking to sell.