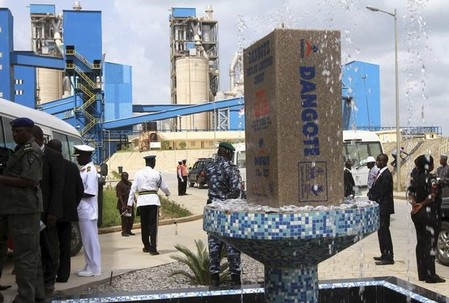 DAR ES SALAAM (Reuters) – Tanzania is in talks with Nigeria’s Dangote Cement on the supply of natural gas to a manufacturing plant for the building material, but negotiations are currently held up over prices, said a government body in the East African country.

The $500 million cement factory in the southeastern Tanzanian town of Mtwara, set up last year with an annual capacity of 3 million tonnes, runs on expensive diesel generators and has sought government support to reduce costs.

The company, whose majority owner and chairman is Africa’s richest man, Aliko Dangote, halted production at the plant last week over technical issues.

State-run Tanzania Petroleum Development Corporation (TPDC) said talks were expected to conclude in January, with price disagreements yet to be resolved.

“Dangote has held protracted talks with TPDC on the pricing of natural gas. The Dangote Cement factory has asked for gas supply at below market prices, equivalent to the price of raw natural gas from producing wells,” TPDC said in a statement.

“TPDC cannot sell natural gas (to final consumers) on at-the-well price because there are additional costs incurred in processing and transporting the gas,” it said.

The company plans to roll out plants across Africa. In Tanzania, Dangote seeks to double the country’s annual output of cement to 6 million tonnes.