The race to succeed to UNESCO leader Irina Bokova has started 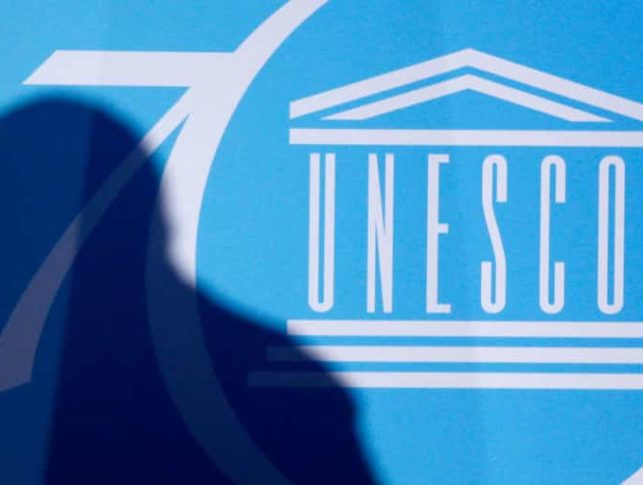 At the end of her second mandate as head of the UNESCO, Irina Bokova will no longer occupy her position as Director-General of UNESCO in 2017. Eight years after her first nomination, will the Arab world manage to access the presidency of the United Nations body?

Since summer, rumors have gone strong, and the idea of nominating a representative from the Arab world as head of the United Nations Educational, Scientific and Cultural Organization (UNESCO) has resurfaced. No country from the Arab region has ever managed to arise their candidate to the top of this organization. Against a backdrop of anti-Semitism Egypt former Minister for culture Farouk Hosni missed the opportunity by next to nothing in 2009 faced with the current Director-General at the fifth round of the ballots.

In 2009, the Egyptian press and Cairo’s intellectual circles spelt out against what they identified as pressures from “Jewish lobbies”, the United States and the polarization between the North and the South. On the same occasion, Farouk Hosni’s director of campaign condemned member states’ intention to block a cultural movement. So what? Under the pretext that European officials had been elected several times, would the UNESCO be in need of quotas established by Egyptian representatives themselves?

Now that Egypt is reassured, it seems like it is willing to give a it go once again after the candidature for nomination of Moushira Khattab was made official on last July during a ceremony with grand apparat. Under Hosni Moubarak, Moushira Khattab was responsible for the Ministry of Family and the people from 2009 to 2011 and had no governmental role since the fall of the former President after the Arab Spring. From 2017 onwards, the diplomat – highly sensitive to children’s rights – will have to prove herself and legitimize her candidacy and that of her country.

Interviewed by Al Monitor in August 2016, Moushira Khattab was aware that there still was a long way to go. She has focused the arguments of her campaign on two major pillars to set sights on the presidency of the organization: Egypt’s legitimate demand and her past experience. On her background first: she can hardly compete with that of her competitors especially in the field of cultural affairs which she has barely dealt with along her career.  But most importantly, she bears an unforgiving burden, that of her government’s reputation and that of a country beset by many problems, in particular in terms of fundamental rights.

Egypt to head the UNESCO: still a long way to go?

Official member of the UNESCO since 1946, Egypt is nonetheless far from respecting the organisation’s premises. Freedom of the press is under threat, human rights regularly challenged and artistic freedom censored under the pretext of “religious exception”. The idea of nominating an Egyptian representative as head of a body like the UNESCO would send a rather paradoxical message. Current political and legislative affairs of the country hardly comply with both the moral values and the ideals of an organization that seeks for example to “protecting freedom of expression”, “building intercultural understanding” or even “learning to live together”, all of it put together on a bedrock of the defense of human rights. These are advocacy fields upon which shadow is cast in Egypt.

The country continues to evolve under a very restrictive vision of freedom of the press and freedom of expression. In 2015 still, Sissi’s government passed a law seeking to harshly sanction journalists who would cover terrorist attempts without strictly referring to official information released by the government. A law that not only constitute a move backwards for freedom of the media, but also applies to social media networks that are under strong scrutiny. This law was made official in a judicial report handed to the Egyptian state council in last September. Such a decision reminds repression to limit the role of social networks during the Arab spring and infringes the freedom of expression of an entire people whose liberties in the end are never really set in stone.

The announcement sparked outrage among human rights’ observers and defenders from all across the world. The candidate has not expressed her opinion about these measures, but she will certainly have to during her campaign to win the nomination to the UNESCO.