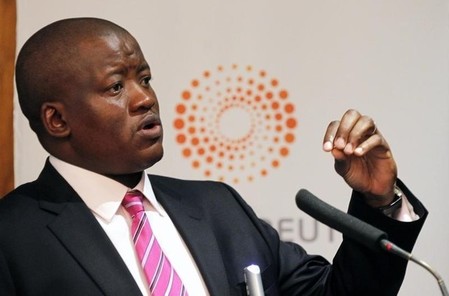 JOHANNESBURG (Reuters) – South Africa’s economy is not growing fast enough to create jobs, but tax cuts or increases in public spending are unlikely to stimulate growth, a senior Treasury official said on Tuesday.

South Africa’s unemployment currently hovers close to 27 percent of the labour force, while data on Monday showed employment in the formal sector fell by 0.2 percent to 9.273 million people in the first quarter of the year.

The Treasury estimates that Africa’s most industrialised country could grow by 0.9 percent this year compared with 1.3 percent in 2015, while the central bank and the International Monetary Fund have forecast 2016 growth at 0.6 percent.

“It is unlikely that growth … will come from tinkering or manipulation of macroeconomic policy variables …, in other words reducing taxes or increasing expenditure,” Director General Lungisa Fuzile told a business conference organised by the Gordon Institute of Business Science.

Fuzile said reforms were underway at more than 300 publicly-owned companies which the Treasury has pledged to wean off state bailouts, though he did not elaborate.

Many of these firms are a drain on the state budget and have been flagged by all three major ratings agencies as a risk to South Africa’s investment grade status.

Fuzile said he was concerned about the quality of governance among those firms, adding that the Treasury was close to finalising proposals for merging two state-owned airlines, South African Airways (SAA) and SA Express.

However, political analysts say the reform of state firms could suffer amid preparations for local government polls in August and factional contests in the ruling African National Congress which have led to violence and deaths across the country.

“Under such circumstances, you are not going to have a sober debate in cabinet about what to do to fix (the state firms). The calculus is not sound governance,” analyst Prince Mashele told Reuters on the sidelines of the business conference.

South Africa’s private sector contracted in June after expanding for the first time in a year in May as output fell and companies cut jobs, a survey showed on Tuesday, while another report pointed to waning consumer confidence.

(By Mfuneko Toyana. Editing by James Macharia and Gareth Jones)