Tough year ahead for South African retailers as Massmart stalls 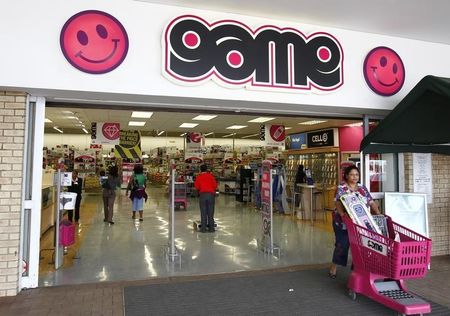 The retailer, majority owned by Wal-Mart Stores Inc, earns 91 percent of its revenue in South Africa, an economy expected to grow by less than 1 percent this year.

Massmart, which also sells appliances and building materials to wealthier shoppers, supplies staples such as maize and rice in bulk to traders who sell them on to poor urban and rural consumers.

Though retailers absorb some of the cost increases, maize and sugar prices could climb by a double-digit percentage due to a severe drought in southern Africa, said Van Lierop.

Poorer South Africans spend a large part of their income on food and transport, so even when retailers do not pass on price increases they struggle to afford anything but essentials.

Massmart noted a slowdown in general merchandise sales toward the end of 2015 as business confidence sagged and the currency depreciated to new lows.

The rand has declined 20 percent against the dollar since October, offsetting gains for consumers from lower fuel prices.

“People are travelling less, less often and less far to go to shops,” said Chief Executive Guy Hayward in a presentation to analysts.

Basket sizes are smaller than a year ago, he added.

Rival Shoprite also noted the impact of transport costs on customers when it reported an 8.9 percent rise in half-year profit on Tuesday.

Pick n Pay, a grocer focused on the middle and upper end of the market, on Thursday piloted a project to supply informal shops, called “spazas”.

The trial could be extended to hundreds of independent spaza owners if successful, it said.