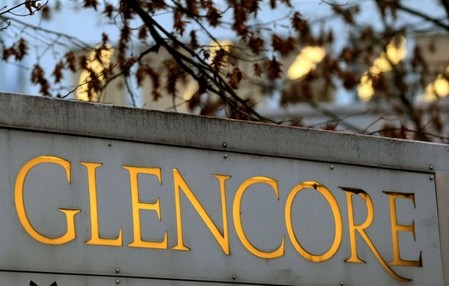 By Julia Payne and Ahmad Ghaddar

LONDON (Reuters) – Swiss-based commodities giant Glencore has extended a deal with Libya’s state oil firm to be the sole marketer of one third of the country’s current crude oil production, sources familiar with the matter said.

It was not clear for how long Glencore would continue to have exclusivity over the output and whether some parts of the deal would be renegotiated.

The deal extends Glencore’s dominance over rivals such as Vitol and Trafigura in handling barrels from the North African country for a second year running.

Libya has struggled for years to end a crippling blockade of its oil ports amid a civil war and Islamic State intrusions. Between security fears and erratic supply, refiners eventually stopped attempting to buy from the North African country.

With a dwindling revenue stream, NOC needed an intermediary that was comfortable managing the risks, able to market the oil globally and pay cash upfront for the cargoes.

Glencore snapped up the opportunity in September 2015 to resell the only relatively stable onshore output – from the Sarir and Mesla oilfields loaded at the country’s easternmost Marsa el-Hariga port. Libya’s small offshore production also continued.

Since 2015, the trader has been the only company able to buy Sarir and Mesla crude output directly from Libya’s NOC and is expected to continue as NOC has largely finalised its 2017 allocations.

Libya’s production has recovered to around 700,000 barrels per day (bpd) and NOC hopes output will rise to 1.2 million bpd by the end of the year.

“It is a big mosaic at the moment, but Glencore has kept a large chunk of the trade,” one of the sources said.

Glencore’s deal entitles it to around 230,000 bpd from the Sarir and Mesla oilfields, the sources added. It also regularly delivers crucial refined fuel as Libya’s refining system operates well below capacity. Glencore trades about 4.4 million bpd of crude and refined products.

Vitol and Petraco have also been picking up cargoes but on a small scale, and producers with stakes in oilfields in the country such as Total, Repsol, OMV have returned to loading tankers, as have buyers such as Unipec, the trading arm of China’s state-owned Sinopec.