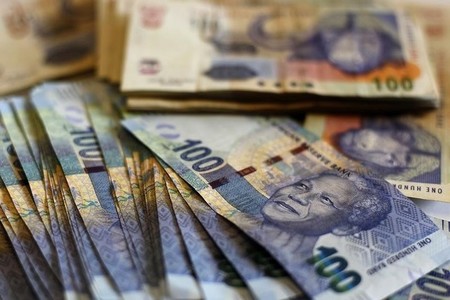 JOHANNESBURG (Reuters) – A tripling of South African bond sales this year on Monday added to signs that investors’ faith in its institutions has been somewhat restored following a court ruling against President Jacob Zuma and the appointment of a former finance minister.

The Treasury is flush with cash after a $1.25 billion 10-year bond sale this month was two times oversubscribed, and bond yields have recouped heavy losses in December after Zuma fired his finance minister, raising fears of political interference.

Benchmark yields, which spiked to a record 10.38 percent after Zuma briefly replaced Nhlanhla Nene with a virtually unknown politician, have since recouped nearly 140 basis points, a third of which was after the ruling against Zuma.

Sentiment, helped by Zuma bringing back Pravin Gordhan as finance minister, improved further after the Constitutional Court found that the president was wrong to ignore an order to repay state funds used to upgrade his Nkandla home.

“Having Pravin Gordhan back in control, and having this noise around Nkandla and Jacob Zuma, is showing the market that South African institutions are still strong,” Investec fixed income portfolio manager Vivienne Taberer said.

Analysts said markets were also cheered by a backlash against the Gupta family and its businesses. South Africa’s four big banks cut ties with a Gupta-owned investment company over criticism that the family has undue influence with Zuma.

“Government and state owned enterprises can get about their constitutionally mandated activities, less encumbered by predatory actions of (the) president and his allies,” BNP Paribus Securities South Africa analyst Nic Borain said.

“We expect markets – especially the bonds, currency and banks – to track the ebbs and flows of Jacob Zuma’s fortunes.”

Added to that, signals from the central bank and Treasury that they will pursue prudent policy have seen South African assets leading emerging market gainers, boosted by signs that the U.S. may not hike interest rates as quickly as expected.

Recent economic data out of China, a major consumer of emerging market commodities, has also lessened worries over a slowdown in the world’s second largest economy.

“If this environment, where we see the Fed not really doing much and being cautious over the balance of this year, continues and we continue to see reasonable data coming out of China … then this constructive risk environment can continue for the next three or so months at least,” Investec’s Taberer said.

The litmus test for assets will be whether credit rating agencies decide to downgrade debt. A cut from Moody’s would mean a loss of its investment grade status and possible ejection from the prestigious World Government Bond Index (WGBI).

“Such an ejection would represent possibly the most dramatic outcome of a ratings downgrade and should be South Africa’s biggest cause for concern,” Citadel chief strategist Adrian Saville said.

(By Stella Mapenzauswa. Editing by James Macharia and Louise Ireland)