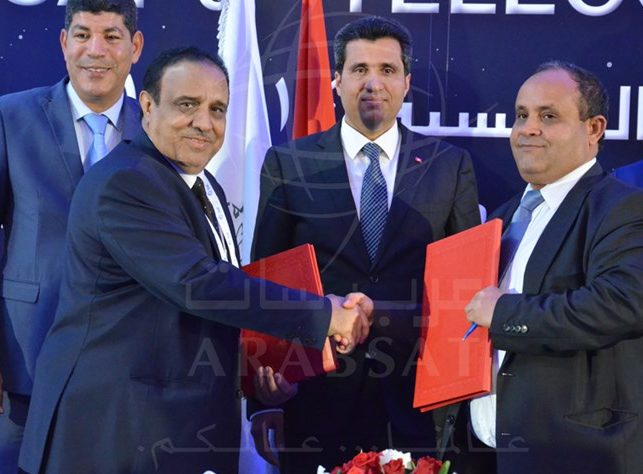 While there have been issues in the past with member countries acting in a coordinated fashion, Arabsat’s unique coalition and organization structure is a boon to the technology field throughout the Arab world. The addition of Tunisia to Arabsat seems to be a massive win for the quality of services in the region.

Under the new agreement, Tunisian television and radio will now be broadcasting directly through Arabsat due to the creation of a new satellite station with the National Broadcasting Corporation (ONT). Thanks to this change, picture and sound quality will greatly improve to higher levels capable of taking much better advantage of high definition televisions. Arabsat already offers over 500 standard definition, 95 high definition (HD), and 200 radio stations for its user base. With this added footprint, it is very likely that there will be more and more HD programming coming shortly. Better programming will hopefully means more technology sales and a greater incentive to create more diverse programming across the Arabsat networks.

To increase the planetary footprint of Arabsat

With Tunisia on board, Arabsat Executive Chairman, Khaled Ben Ahmed Balkheyour mentioned the satellite telecom coalition is currently seeking to invest over $600 million (1440 dinars) in two brand new industrial satellites. One of the control stations will be located in the Edkhila region of Manouba in Tunisia while the second will be featured in Saudi Arabia. The goal of will be to increase the planetary footprint of Arabsat, and strengthen coverage in the rest of Africa and Europe. Not only allowing for better television broadcasting, but also better internet services, and better maritime and military communications. As of now, the expectation is that each of the new stations will be operational by the first quarter of 2019.

Like with any satellite venture, much of the costs are up front. It requires a great deal of capital to build and launch a satellite into geosynchronous orbit around the planet. Such an early sizeable investment explains the need for over 20 countries at its inception. Making satellite technology viable and profitable takes a great deal of time and effort and backing money. This is a major explanation for the fact that while it was started in 1976 (with much unofficial history before that), Arabsat did not have its first satellite in orbit until 1985. However, in the 21st century, Arabsat has more support than ever as well as the ability to bring in revenue on its own thanks to its robust content and internet offerings. Arabsat has become a major player in the telecom industry and experts say that its very existence is a powerful beacon of collaboration throughout the Arab world.

A new member country: the continued expansion of the organization

As one of the most massive telecom conglomerates in the world, this year’s conference saw the chairman speak highly of the host country, playing up Tunisia’s role in promoting the direction and connection of Arabsat. He also announced Arabsat’s profits in 2017 reaching $120 million (288 million dinars) and a strong hope for future growth in the industry. With Tunisia on board, Arabsat seems to believe the future looks very bright. A greater footprint, more satellite stations, and a new member country signal the continued expansion of the organization and its reach to citizens living and working all over the world.