Tunisia to offer $50 billion of projects to foreign investors 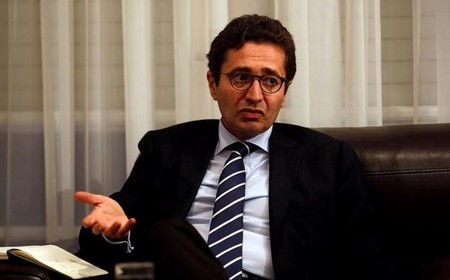 TUNIS (Reuters) – Tunisia will offer foreign investors and financiers participation in $50 billion of projects as it seeks to create jobs to maintain political stability, the country’s investment minister said.

The projects range from construction of a new deep-water port at Enfidha in northern Tunisia to desalination plants and energy-generating projects. They will be announced at an international investment conference next month.

Investors from 70 countries are expected to come to Tunisia for the conference, Fadhel Abdelkefi, the minister of development, investment and international cooperation, said in an interview at the Reuters Middle East Investment Summit.

“We will offer foreign investors and financing funds big projects worth $50 billion, to be implemented during the next five years,” Abdelkefi said. “Some projects will be in partnership between the state and the private sector.”

Foreign direct investment in Tunisia has been sluggish since the ousting of Tunisia’s authoritarian leader, Zine al-Abidine Ben Ali, in January 2011 ushered in an era of political and industrial unrest.

“At least 500 foreign companies left Tunisia after 2011 because … we spent five years investing in democracy,” Abdelkefi said. New foreign investment fell to 2 billion dinars ($885 million) in 2015 from 3.5 billion dinars in 2010.

Next month’s conference will make the case that after holding free elections and introducing a new constitution, Tunisia has essentially completed its political transition.

Parliament last month approved a long-delayed law to attract foreign investment, a reform demanded by international lenders. The law gives foreign investors more flexibility to transfer funds, including profits, out of the country, and removes tax on profits from major projects for 10 years.

It also establishes a fund that is to help finance infrastructure projects and encourage investors to launch big projects in marginalised areas of the country.

After its revolution, Tunisia sought aid from foreign donors to support its balance of payments and state budget, but Abdelkefi said it was now more interested in long-term investments that would develop industries and create jobs.

“We don’t need donations as much we need investments to revive our economy in this critical phase.”

Tunisia views its investment drive partly as a national security issue. The country has been the target of several high-profile militant attacks in the last several years, including attacks on foreign tourists.

“Investments will provide jobs to thousands of our frustrated youths and save them from the risk of falling into terrorist groups like Daesh,” Abdelkefi said, using an Arabic term for the Islamic State group.

“Europe and the United State should transform their political support of us into an economic bonus.”