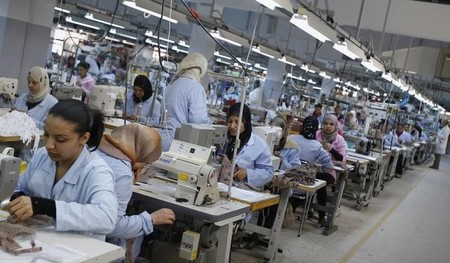 TUNIS (Reuters) – Tunisia’s economy will start to regain momentum this year after six years of slow growth, driven by the revival of the vital tourism industry and the return to state phosphate production, Prime Minister Youssef Chahed said.

Chahed was speaking in an interview with state television late on Sunday, addressing concerns about the economy after hundreds of youths protested over the last week in some towns, demanding development and employment.

Tunisia has been praised as an example of democratic transition since the overthrow of former President Zine El-Abidine Ben Ali in 2011. But many people are concerned about the cost of living, unemployment and the marginalisation of rural towns – factors that fueled the uprising that sparked the Arab Spring revolts.

“The tourism sector is better now and will grow by 30 percent this year. Phosphate production returned to old levels and we expect a good agricultural season,” Chahed said.

He said that tax revenues rose by 14 percent in the first quarter of this year.

The prime minister said that this upward trend was still fragile and threatened by the inflammatory discourse of some politicians and by random strikes and protests that have hurt investor interest in the country.

Tunisia expects economic growth to rise to 2.5 percent in 2017 after failing to exceed 1 percent for the last six years.

The government is under pressure from international lenders to reduce public spending and cut its deficit as part of economic and financial reforms that have been delayed for years by political infighting and inertia.

A delegation from the International Monetary Fund last week arrived in Tunisia for talks on accelerating the North African country’s economic reforms, after postponing the payment of a second tranche of aid worth $350 million, out of a $2.8 billion loan programme.

The IMF put back the payment scheduled last December citing a lack of progress in overhauling the public sector wage bill, public finances and state banks among other issues.

Chahed said talks with the multinational lender “look positive and I am optimistic after negotiations” because reforms were progressing according to a specific timetable in the public sector and social funds.

“We are in good shape for these reforms and we are the first government that has the courage to start these delicate reforms that have been stalled for years,” he said, without giving details.

Tunisia is expected to sell stakes in three state-owned banks and cut up to 10,000 public sector jobs.

Chahed said parliament will discuss this month “an economic emergency” bill that will allow the government to bypass bureaucratic hurdles and speed up large-scale projects as it seeks to boost growth and create jobs. Like Latest Updates from Reuters Tunisia’s economy to see recovery in 2017: premier