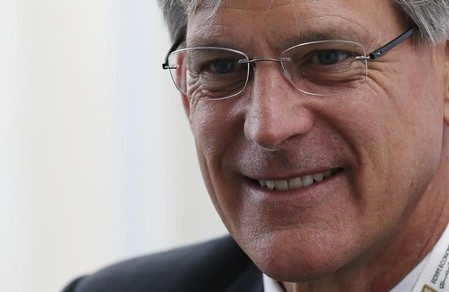 DUBAI (Reuters) – Dana Gas will not make new investments in Egypt because of delays in obtaining payments owed to it there, the chief executive of the United Arab Emirates company said.

Political and economic turbulence in Egypt and Iraqi Kurdistan mean Dana has struggled to secure revenues in either country, once again hitting its profit on Thursday.

Dana posted a $7 million net profit in the three months to Dec. 31, versus $134 million in the same period of 2015 when it benefited from a one-off legal settlement. Shares in Dana fell 3.7 percent following the results.

“As uncertainty remains we must therefore be rigorous in balancing any additional capital investment in Egypt with actual collections,” CEO Patrick Allman-Ward told reporters.

Dana will complete current Egyptian investments in critical health, safety, security and environmental areas and all of its up-and-running projects, but all non-critical projects have been paused since the start of the year, he said.

The Egyptian government has been seeking to draw foreign investors back to its energy sector to boost shaky public finances, but it has failed to meet self-imposed deadlines for paying back international oil companies.

Dana had thought that part of a $12 billion loan from the International Monetary Fund loan agreed with Egypt in November would be used for payments to the petroleum sector, but the money had been “used for other purposes”, Allman-Ward said.

He now hoped part of a combined $5.5 billion that Egypt has secured through an international bond issue and loans from the World Bank and African Development Bank would be used to meet outstanding petroleum debts.

Dana’s investment freeze would be reviewed once it had been paid by the Egyptian government, Allman-Ward said, adding that the company wanted to continue developing its assets there.

Production from Egypt in the fourth quarter rose to 40,500 barrels of oil equivalent per day (boepd), up 31 percent on the year-ago period, Dana said, although it took a $20 million charge last year because of currency depreciation.