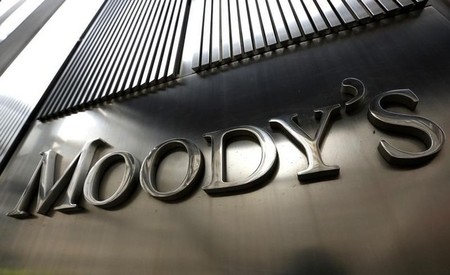 LONDON (Reuters) – Moody’s is likely to make key rating calls on Britain, China and South Africa among others this year as rising political risk and debt levels push the number of countries on a downgrade warning back to a record high.

From Europe’s Brexit strains and looming elections to the battles of China, South Africa and Brazil to re-orientate their economies, not to mention Donald Trump’s first months as U.S. president, the rating agency faces a daunting list of decisions.

“A quarter of the sovereigns are on a negative outlook, which is the highest proportion we’ve had since 2012,” the peak of the euro crisis, Alastair Wilson, Moody’s managing director of sovereign risk told Reuters in an interview.

The immediate pressure may not be quite so “acute” but the geographic spread of the negative ratings is now much wider, he said, adding: “I think in some ways (that) is more concerning.”

Top names on the watch list include Britain, which Moody’s still rates at triple-A and euro zone heavyweight Baa2 Italy as well as Aa3 China, Baa2 South Africa, A3 Mexico and Ba2 Brazil.

Moody’s is due to review the UK on June 2 and then on September 22. By then formal EU divorce proceedings should have started and Wilson said the “mood music” of the talks should be enough to decide whether to strip London of its triple-A.

“Brexit is negative for the UK from a credit perspective, the question is how negative. We will only start to learn that over the next few months or year as the negotiations really pick up steam,” he said.

For Baa2 negative Italy, steps over the last couple of weeks to tackle its banking problems could be positive, though it may not be if more than the 20 billion euros set aside is needed.

Political uncertainty in Italy, including a constitutional court decision later this month and the potential for fresh elections in which the populist Five Star party could perform well, pose the other main risk.

“If we conclude that a party (that won elections) are likely to be able to articulate and achieve reforms, or at least not to reverse reforms, that will be credit positive, if not it will be negative,” Wilson said.

More broadly, any sign that the risk of a euro break-up is growing again would be highly damaging.

French election hopeful Marine Le Pen said on Wednesday France should leave the euro, while Italy’s Five Star has made similar noises, although such a possibility still appears remote.

“A country leaving the euro would be profoundly negative for sovereign creditors, therefore if we saw something that said to us this risk is rising… it would be negative for the rating,” said Wilson.

China is another concern. It has been on a negative outlook since last March as it grapples with over-indebted state firms and over-heated big city property prices and heads towards a twice-a-decade leadership reshuffle this year.

“The negative outlook is something that we will look at over the course of 2017,” Wilson said.

Beijing is facing a “trilemma” of wanting to sustain growth and financial and political stability, while also trying to reform a lop-sided economy, he said.

“The negative outlook reflects uncertainty. It reflects the concerns that actually the outcome (of Beijing’s policy actions) may be more supportive of growth and stability than reform, and that would be negative for China because it does need reform.”

Brazil must also push through reforms while other oil producing countries – Russia and Mexico are both on negative outlook – are still at risk despite the rebound in crude.

“If oil prices go to $70 a barrel I think I would still be saying the same thing, which is that the fundamentals of the industry haven’t changed,” he said.

South Africa is a key decision too. Moody’s rates it one notch higher at Baa2 than S&P and Fitch, which have it on the last rung of ‘investment grade’.

“Certainly it’s fair to say (political) noise has risen in recent months, but that isn’t necessarily significant from a credit perspective.”

South Africa’s institutional strength had also been bolstered by a key court throwing out a recent fraud case against the country’s finance minister, Wilson added.

Possibly the biggest unknown for 2017, though, and one that fits the global political risk theme, is what impact Donald Trump will have when he takes over as U.S. president this month.

“We will watch and try to understand what will happen with policy. We might learn about that in the next few weeks, it might take us a few months,” Wilson said.

On the United States’ AA+ stable rating, he added: “The institutions aren’t profoundly changed and the challenges are more to do with the government’s own balance sheet and what steps this administration takes to contain the growth of social security and healthcare liabilities.”