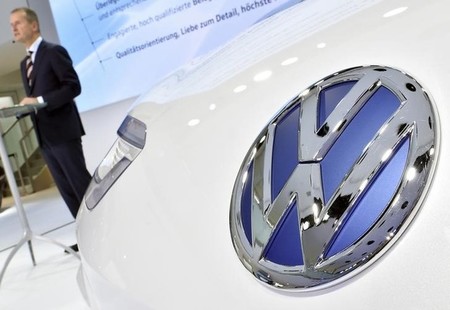 By Aaron Maasho and Clement Uwiringiyimana

NAIROBI/KIGALI (Reuters) – Volkswagen is to start producing cars in Kenya and Rwanda and start a ride-hailing service in Kigali, as the German carmaker expands pay-per-use transportation business models in markets where rival Uber has not gained traction.

Volkswagen, which is developing electric vehicles and new services as it tries to put its diesel emissions scandal behind it, said on Thursday it had signed a memorandum of understanding in Kigali, the Rwandan capital.

“Volkswagen wants to strengthen its presence in emerging markets. That is why Africa ranks high on our agenda,” said Volkswagen brand chief Herbert Diess.

Rwanda is seen as a good market because competition is less intense. Uber operates in several African countries, including Kenya where it launched in early 2015 and now faces local rivalry.

Volkswagen expanded into ride-hailing in May, when it invested $300 million in Gett, a firm which seeks to outmanoeuvre Uber by refusing to apply “surge” pricing at peak traffic times.

The German company also said it would look at using electric versions of the VW Golf in the Rwandan mobility services business.

Volkswagen said it had also agreed to set up a vehicle production facility in Rwanda, deepening its local manufacturing operation in Africa where it expects vehicle sales to grow by 40 percent within the next five years.

Volkswagen did not elaborate on the targeted production volumes or mention which models would be built locally.

“There will be an investigation phase which will go on from January until April and May until we have the final business model together and if all looks good we will move ahead and we will see the first cars being assembled by the end of year,” VW’s South Africa Chief Executive Thomas Schaefer said in a news conference in Kigali late on Wednesday.

Volkswagen has been producing cars in Africa since 1951, when it started making the VW Beetle in South Africa.

VW this week said it would start making the Polo Vivo in Thika, re-opening a car assembly plant in Kenya after a four-decade hiatus.

The German carmaker assembled cars in Kenya in the 1960s and 1970s and will now join a number of rivals which already have local assembly operations, including Isuzu, Toyota, Nissan and Mitsubishi.

Kenya’s car market is currently dominated by low-priced second-hand imports from countries such as Japan. It mostly assembles trucks, pick-ups and buses from kits supplied by foreign manufacturers.

The VW assembly plant will begin with the Vivo model and expand to a range of vehicles, with the first car expected to be produced before the end of the year, officials said.

VW will also produce the VW Golf as well as several models from Seat, Skoda in Algeria from 2017 onwards, the company said.