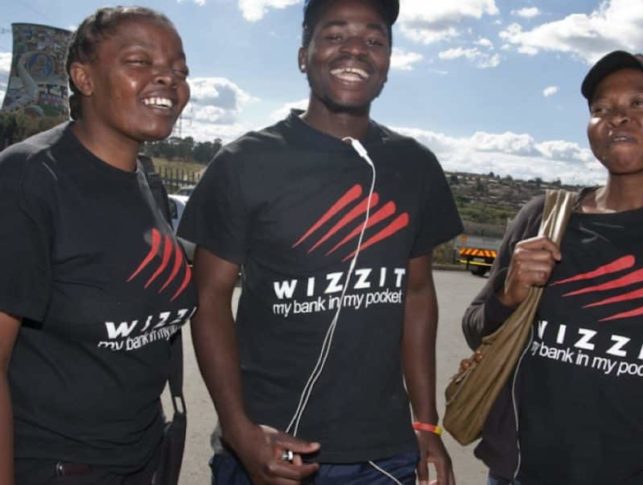 Turning 12 this year, Wizzit is an established name in South Africa. It connects a generation of ‘unbanked’ people with safe, reliable access to financial services including debit transactions, transfers and online banking. Similar models such as M-Pesa in Kenya have since appeared on the scene, challenging Wizzit’s industry dominance.

Removing the need to travel long distances to visit a branch has drawn a whole new demographic into banking. Where cash transactions dominated in the past, South Africa’s urban poor are slowly coming around to the benefits of using financial services to receive salary, transfer money and pay for products.

Wizzit’s beginnings, financial services for those left behind

Wizzit was established in 2004 by South African banker, Brian Richardson. He noticed a niche in the market; the opportunity to provide mobile banking services to those who couldn’t obtain traditional bank accounts due to geographical locations and economic constraints. He explains: “Of the 7 billion people on the planet, half, or 3.5 billion people, have no bank account.”

Servicing this untapped market became a priority for Richardson. Not only did he recognize a major business opportunity, but the chance to offer a service that would bring major social benefits. Since its inception Wizzit has spread to Zambia, Namibia, Rwanda and Botswana in Africa and Romania and Honduras globally, proving that a lack of access to secure, convenient and affordable banking is an international problem.

An industry first, now many have followed

Wizzit was a true pioneer in early 2000s. Its success sparked major change, prompting traditional banks to take note and develop their own mobile application models to connect with this market. In just over 10 years, Wizzit has provided over 7 million people with affordable and easy mobile banking in 13 different countries. It has also played a part in decreasing the alarming number of ‘unbanked’ South Africans from 42% in 2004 to 23.5% in 2016.

With affordability a high priority, Wizzit couldn’t compete with the big-budget advertising that the major banks used to attract new customers. They developed an ingenious way of marketing their business while simultaneously helping to address unemployment problems in South Africa: WIZZkids. These were typically young, low-income individuals who live in the communities from which they recruit their customers. They acted as salesmen for the company, signing up friends and neighbors to their bank accounts and financial services. A caveat, they have to be currently unemployed to become a WIZZkid, helping some of the most disadvantaged people and communities out of debilitating poverty cycles.

Next for Wizzit, global expansion

Wizzit has recently expanded into micro-loans for individuals and small businesses and has plans to continue both its African and global expansion. Egypt, Myanmar, Mexico and Colombia are next. According to CEO Brian Richardson, they haven’t even needed to advertise in these countries, partner organizations have reached out to them. Hopefully these countries will benefit as South Africa has, bringing banking to those who would otherwise be excluded.