The Workers Strike Back: Unions Take Action in South Africa 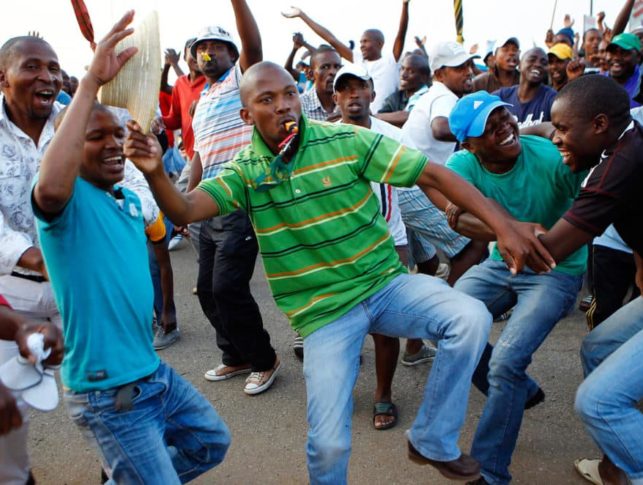 In mid-August, an estimated 15,000 workers for the South African power company went on an illegal strike after weeks of wage increase negotiations. Employed by Eskom, South Africa’s largest electricity company, nearly one third of the work force protested the wage ceiling and inadequate housing allowances. Eskom had pre-emptively obtained a court interdict banning employees from striking after negotiations with major unions turned sour. The unions that represent Eskom employees had demanded their wages be increased by 12-13%, but Eskom refused to budge above 7-9%, and claimed wage discrimination as a hangover from apartheid. Workers felt that their grievances warranted more than negotiations, and thus went on strike.

Eskom was established in 1923 and generates approximately 95% of the country’s electricity. Over the past seventy-odd years, Eskom has been the center of a variety of dramatic incidents, but perhaps the most pertinent is their policy of “load shedding.” Beginning in response to inadequate power supplies starting in 2007, Eskom began the practice of load shedding, or regular, scheduled blackouts to reduce the stress upon the electricity grid, turbines and power sources. In order to meet the demand of South Africans with an inadequate supply, different regions are purposely deprived of electricity so that it can be directed elsewhere on a complex schedule. The vast majority of South Africa’s energy comes from aging coal-fired power stations. In what can only be a planned irony, the strike came on the one-year anniversary of “no shedding,” or an entire year without planned power cuts. Eskom had been looking forward to publicizing their success but were instead faced with the possibility of a black-out due to a shortage of workers.

As South Africa’s largest producer of energy, Eskom is considered a vital service company. In South Africa, workers in vital service industries can be prevented from striking despite their constitutional right to do so. After weeks of negotiations with workers and their unions (primarily the NUM and Numsa, or National Union of Metalworkers of South Africa), Eskom realized workers were likely to strike regardless of the preventative law. They then applied for and were granted an interdict, opening up any workers who did strike for legal action by the company. Eskom’s national spokesman, Khulu Phasiwe, said that workers who did not show up to work because they were striking would have to account managers the reasons for to their absence without leave. 15,000 workers, or about one third of Eskom’s total employee base, considered the strike worth the risk. Workers demonstrated outside power stations in the eastern provinces, while others went on strike across the country.

Eskom workers demanded that their wages be increased incrementally, starting with a “10% increase of the lowest salaries, 8.5% of the highest income and housing allowance of 3,000 rand,” approximately $222 USD. Prior to the strike, the company refused to budge above a 9% increase. According to the country’s largest union, National Union of Mineworkers (NUM), the lowest paid Eskom worker earns about 9,000 rand, or $666 per month. While cost of living in South Africa is lower than in, say, the United States, $666 is not enough to live on, particularly if one is supporting a family.

NUM released a bold statement saying that “the NUM members are very angry at the attitude of Eskom refuses to end the wage system of apartheid.” In various interviews, several workers claimed racial discrimination, and some women claimed gender bias as well. Under apartheid, white South Africans were paid a higher wage for the same job than black South Africans. This legalised and codified racism ended in name with the collapse of apartheid in 1994, but continues in practice to this day in every sector of South African life. All of NUM’s members at Eskom went on strike. It is not just the racially-based wage discrimination that drove workers to strike, but also the unlivable wages they receive for their labor.

The Enemy of My Enemy…

Prior to the strikes, the NUM and Numsa had been bitterly divided over their ideologies and desires. This strike, however, has brought them together: a spokesperson from NUM said “whatever differences we may have with Numsa, we have a common enemy now, which is Eskom.” Eskom ensured the public that negotiations are underway to bring an end to the civil action, but it seems unlikely the issue will be put to rest any time soon.

Like Latest Updates from Reuters, Politics The Workers Strike Back: Unions Take Action in South Africa