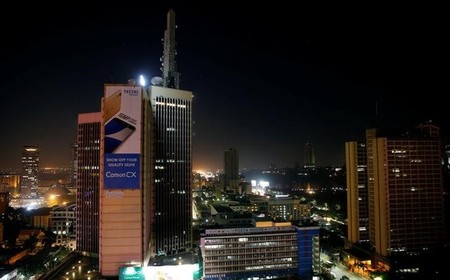 The country is estimated to have expanded by 5.9 percent last year, the highest annual expansion in half a decade.

But the outlook has been hit by months of dry weather, that left 2.7 million people in need of food aid, and a drop in annual private sector credit growth to 4 percent in February from 17 percent at the end of 2015.

In its latest report on the Kenyan economy, the World Bank said growth would pick up after this year, driven by the expected normalisation of rainfall, a firmer global economy, a rebound in tourism and the resolution of challenges curbing credit growth.

The main risks facing the economy were the weather and any slowdown in economies of major trading partners, the bank said.

It urged the government to stick to its fiscal consolidation path and to review last year’s changes to the banking law, which capped commercial lending rates at 4 percentage points above the central bank rate.

Henry Rotich, the finance minister, set the deficit for the fiscal year starting in July at 6 percent of economic output and promised to reduce it further towards 4 percent in the 2019/20 fiscal year.

The budget deficits, which have driven up borrowing, have been used to fund a range of public investments in roads, railways and energy generation, the government says.

The cap on commercial lending rates, which was imposed last September, has been partly blamed for the slowdown in credit growth.

The World Bank said Kenya can quicken economic growth by boosting its construction sector, through offering innovative housing financing through the creation of mortgage refinance companies and the provision of housing finance guarantees.

“Unlocking the residential housing market through the development of the housing finance market can provide a wide range of income opportunities,” the bank said.