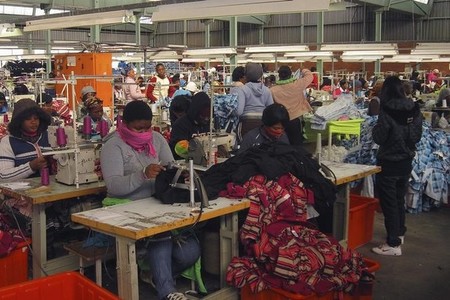 NAIROBI (Reuters) – Economic growth in sub-Saharan Africa is seen rising between this year and 2019, helped by better commodity prices and improved global conditions, the World Bank said in a report on Wednesday.

The bank said in its latest “Africa’s Pulse” report economic growth was seen expanding to 2.6 percent this year and further to 3.2 percent in 2018 and 3.5 percent a year later.

Sub-Saharan African growth was an estimated 1.3 percent in 2016, the World Bank said.

“The upturn in economic activity is expected to continue in 2018-19, reflecting improvements in commodity prices, a pickup in global growth, and more supportive domestic conditions,” the bank said in its report.

The bank said the 2016 growth was the worst for the region in more than two decades, hurt by poor performance in Nigeria, South Africa and Angola.

“This low growth rate was driven mainly by unfavourable

It said growth in Nigeria contracted by 1.5 percent, due to tight liquidity, delays in implementing its budget, and militant attacks on oil pipelines.

The bank said Angola’s growth slowed due to a fall in oil production while South Africa’s economic expansion slowed to 0.3 percent due to contractions in the mining and manufacturing industries and the effects of drought on agriculture.

“Excluding these three countries, growth in the region was estimated to be 4.1 percent in 2016,” the report said.