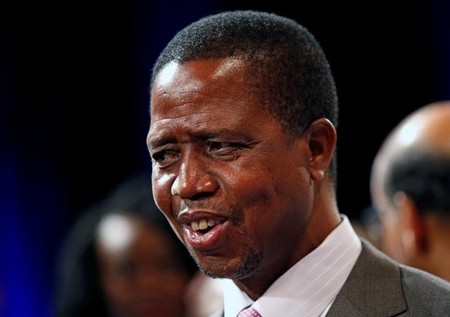 LUSAKA (Reuters) – Zambia’s president Edgar Lungu has called for an out of court settlement with First Quantum Minerals, which is being sued for $1.4 billion by a state-owned firm, the presidency said on Thursday.

First Quantum asked a Zambian court in February to dismiss the suit from Zambia Consolidated Copper Mines Investment Holdings (ZCCM-IH), which is 77 percent state-owned and holds minority stakes in most of the country’s copper mines.

“The president decided that the finance minister leads a government team to engage First Quantum for a speedy and amicable conclusion of this matter,” presidential spokesman Amos Chanda said.

“The government team includes the minister of mines and should start work by next week so that we can quickly have an amicable settlement as directed by the president,” he said.

The $1.4 billion claim by ZCCM-IH includes $228 million in interest on $2.3 billion of loans that it said First Quantum wrongly borrowed from the Kansanshi Copper Mine, as well as 20 percent of the principal amount, or $570 million.

ZCCM-IH said in papers filed in the Lusaka High Court on Oct. 28, 2016 that First Quantum used the money as cheap financing for its other operations.

First Quantum says the loans were at a fair market rate.

Chanda said another team headed by the minister of energy would engage mining companies, including First Quantum Minerals, regarding a proposed increase in electricity prices.

Zambia said in April it plans to introduce a flat tariff of 9.30 U.S. cents/kilowatt hour (kWh) backdated to January for mining companies, rather than individually negotiated rates that have averaged 6 U.S.