Zimbabwe says has met all conditions to clear arrears to World Bank, AfDB 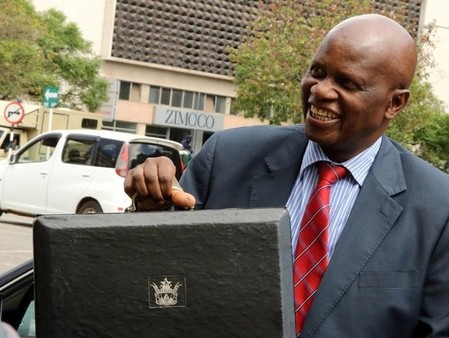 HARARE (Reuters) – Zimbabwe has met all conditions to clear arrears to the World Bank and African Development Bank, paving the way for possible future funding from the International Monetary Fund, its finance minister said on Thursday.

The southern African nation in October last year cleared its 15-year-old financial arrears with the IMF, in a major step towards its first loan programme with the Fund since 1999.

Finance Minister Patrick Chinamasa said in a statement that facilities negotiated by the Reserve Bank of Zimbabwe to repay the $1.75 billion arrears had been “scrutinised and scrutinised” by the World Bank and AfDB, who were satisfied.

“Clearance of debt arrears is expected to open the door to foreign finance inflows and possible debt treatment by the Paris Club and non-Paris Club Bilateral Creditors through an IMF financing programme,” Chinamasa said.

He did not give details on where cash-strapped Zimbabwe had obtained the money to clear the arrears.

President Robert Mugabe’s government is struggling with dwindling foreign exchange inflows and acute shortages of cash that meant that banks have been limiting withdrawals.

Without foreign funding, the government has relied on tax inflows to support its budget, 90 percent of which goes towards paying its civil service. Like Latest Updates from Reuters Zimbabwe says has met all conditions to clear arrears to World Bank, AfDB