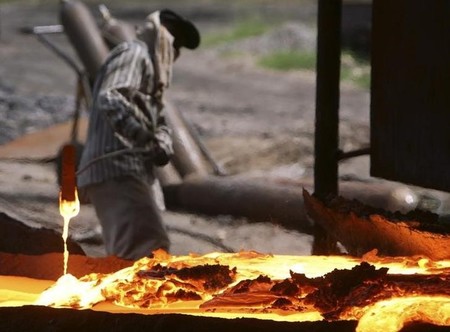 HARARE (Reuters) – Zimbabwe’s ferrochrome production is expected to double to 300,000 tonnes this year after the government allocated chrome concessions to small mining companies as part of efforts to boost output, the mines minister said on Thursday.

Walter Chidhakwa said last year the country earned $115 million from 149,000 tonnes of ferrochrome, which is used in the production of stainless steel.

Zimbabwe holds the world’s second largest deposits of chrome, which is smelted to produce ferrochrome. Raw chrome exports are expected to reach 550,000 tonnes from 285,000 tonnes, the mines minister told reporters.

“We are projecting 300,000 tonnes of ferrochrome for 2017 as a result of the measures we have taken in allocating the chrome concessions,” Chidhakwa said.

Zimbabwe is pushing large mining companies to give up part of their concessions for distribution to individuals and smaller mines, which has helped in the gold sector, where small scale miners have tripled output to over 8 tonnes since 2014.

The government has accused the two biggest ferrochrome companies of underutilising concessions and last April forced the biggest producer Zimasco, to give up half of its 46,000 hectares in mining claims.

Chidhakwa said the government was still negotiating with Zimbabwe Alloys, the second biggest producer, to also give up half of its mining areas. Like Latest Updates from Reuters Zimbabwe to double ferrochrome production to 300,000 tonnes