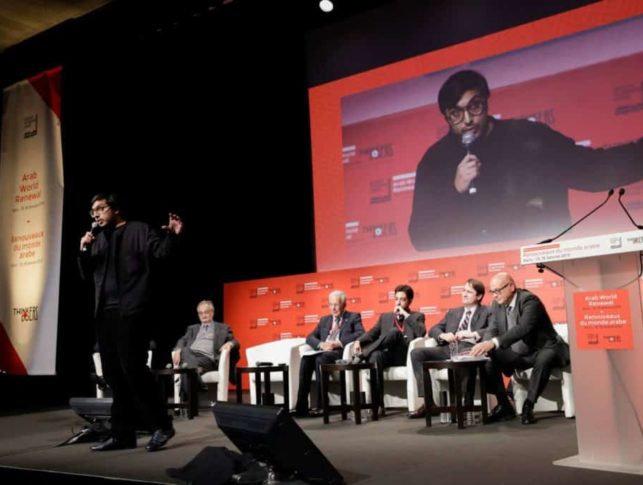 Bassita is an Egyptian startup company that created click funding, a new way for charities and campaigns to source funding.

If you have never heard of clickfunding before, then it’s probably because this highly innovative form of fund raising was only created 2 years ago. In 2014, an Egyptian startup company called Bassita was launched, and with it the concept of clickfunding was born. The name of the company comes from an Arabic word that means “simple,” and the idea of clickfunding is to make the creation of funds as simple as possible.

The clickfunding model works through the culture of social media, in which people constantly share and like articles, videos or images with other people. What Bassita does is create a short video highlighting a campaign or promoting a cause and a sponsor agrees to a certain number of shares or likes that must be met for it to then fund the campaign.

This means that people can directly help push a project toward being funded simply by clicking a “like” on Facebook or by sharing the video online. Co-founder, Alban de Ménonville states that, “It’s easy for the cybernaut – by clicking on an appealing project, she’s helping to fund change that is good for her community or society.”

This provides people with the opportunity to feel a connection to campaigns that they like and to feel that even a small action, such as sharing a video, can be a part of a genuine change.

The idea sounds so simple that it seems strange that nobody had thought of it before. But this is often the case with new ideas that become rapidly popular and important. A few years ago, the idea of crowd funding might have sounded like people asking for handouts, and yet businesses all across the world have successfully used the model. Social media has become increasingly political and major uprisings such as the Arab Spring were intrinsically linked to the use of outlets such as Facebook and Twitter. To harness the huge amount of activity that social media generates and to use viral videos in a fashion that generates real financing for important projects seems sure to succeed. After all, the overhead costs are small and the commitment of users is nothing more than clicking on “share” or “like.” The very first campaign that Bassita made a video for was a huge success. On September 1st, 2014, they created a video for a Baraka Optics campaign, which aimed to provide 1,000 underprivileged workers in Egypt with eyeglasses. Baraka Optics had agreed to fund this if Bassita got 10,000 views on Youtube, a target that was quickly met.

Since this opening campaign, Bassita has teamed up with UNICEF to help provide 1,000 new clean water connections to homes in Upper Egypt. In order to extend the way in which users can be involved, Bassita created a points-based system in which the target was 1.5 million points. People provided 1 point for viewing the video, 2 points for liking it, 3 points for sharing or re-tweeting it and 5 points for commenting on the video or tweeting about it.

There is a unique nature to these campaigns in how they give any person a chance to play a small role in helping to bring about positive changes. Ménonville said, “The clickfunding model can change the world. More than one million people are giving their clicks to help those who do not have access to water! Yes, our clicks count.”

Bassita’s UNICEF video was viewed 2 million times on Facebook within 3 days of being uploaded and the 1,000 water connections are already being built.

The men behind the clicks and the road ahead

The two men who created the Bassita idea are both French nationals who relocated to Cairo to launch their scheme. Alban de Ménonville and Salem Massalha felt that Africa provided a great opportunity for a young business and as Massalha is of Egyptian origin, the North African country became their new home. In an interview with Popout magazine, Ménonville said, “What we’ve managed to do in Egypt in one year is unthinkable in France, for example. Our team comes from diverse backgrounds, and that is our strength.”

As with many new ideas that become ubiquitous, the men behind the clickfunding idea believe that it will become a global concept that simply adapts its campaigns in relation to the different issues facing various places. Bassita has already won a Young Innovators Award and a 2015 Orange Prize for African Social Ventures.

Then in April of this year they won funding of 60,000 Egyptian Pounds from Injaz’s Startup Egypt prize. The future for clickfunding looks extremely promising and the team behind it all truly believes it can revolutionize advertising and ways in which we engineer social and environmental change. When asked about the Injaz award, co-founder Salem Massalha said, “This prize brings us one step closer to changing the world.”