2020 World Expo Dubai: a first for the region 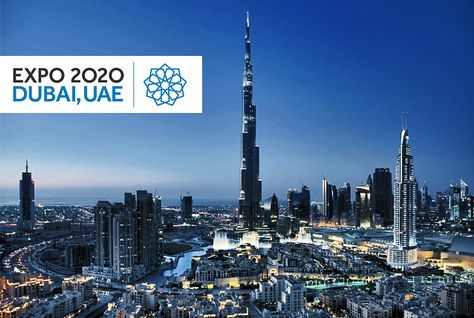 The World Expo will be held in Dubai in 2020, meaning that the MENA & SA (Middle East and North Africa & South Asia) region will host the event for the first time. The Expo began in London back in 1851, and once every 5 years a new location plays host to the global event. Hosting such a prestigious event comes as a huge boon for Dubai’s continually growing economy, and marks a breakthrough for the region as a whole. The event demands a lot of planning, not just for the initial hosting, but for the long term use for all the investments.

A long road to completion

The process of securing the right to host the 2020 World Expo began back in 2011, when 5 cities made the final shortlist. These cities were Sao Paulo in Brazil, Yekaterinburg in Russia, Izmir in Turkey, and Dubai of the UAE. Dubai’s bid was titled “Connecting Minds, Creating the Future”, and in 2013 it was announced that Dubai had won.

The Bureau International des Expositions (BIE) are the body responsible for selecting the winning bid, and after 164 member nations had voted, Dubai was the runaway victor with 116 votes.

Sheikh Mohammed bin Rashid, Vice President and Ruler of Dubai, said at the time “I am proud of our teams who earned this victory for Dubai with two years of hard work, dedication and commitment.”

The process to build the infrastructure for the Expo then began; as the 6 month event will see millions of visitors arrive, with the potential to generate an additional $40 billion of revenue for the economy, as 277,000 new jobs are created. The main site for the event is named Al Wasl, which means “The Connection” in Arabic, and the 4.38 sq km site will feature a 65 meter tall dome that includes a 360 degree screen to project images to the thousands of visitors.

Every nation that is appearing at the Expo will have its own pavilion, and there will also be 3 main pavilions for the central themes of the event, which are “sustainability”, “mobility” and “opportunity”. Contracts for the construction of these 3 key sites will be awarded later this year.

The UAE is only 45 years old as a nation, but the history of the people and the region is obviously far deeper. To try and illustrate this point, the 2020 Expo’s logo was based upon a ring that was discovered at a 4,000-year-old archaeological site in the Al Marmum area of Dubai.

Sheikh Mohammed said that the logo “represents our message to the world that our civilization has deep roots. We were and will always be a pot that gathers civilizations and a center for innovation.”

Many major global events lead to their hosts finding that they are left with large debts rather than long term growth. The Olympic Games and soccer World Cup have often proved a cost, rather than an economic boost, to their host cities. However, Dubai’s planners are confident that they are building for sustained growth.

Aside from the new jobs created to prepare for the Expo, the organizers say that 80% of the buildings created for the event will continue to be used once it has ended. An additional 28,000 hotel rooms will have been built by 2018, and this should help continue Dubai’s growing tourism trade.

In addition, major expansion of the Al Maktoum International Airport is planned to carry on after the Expo, with the works to finish in 2025. The 2020 Dubai Expo is also aiming to be the first one in which more than 70% of the visitors are from overseas, which should again help sell Dubai as a tourist destination to many people new to the region.

A new city is being built in the Dubai South region, a city which will eventually host 1 million residents and 500,000 jobs. Long term contingency plans for the various developments used at the Expo are in place, and already Siemens has announced that, from 2021, it will use Expo site as its global logistics base.

The arrival of the 2020 World Expo should dovetail well with the government’s Vision 2021 plans, and Sheikh Mohammed bin Rashid has promised “to astonish the world in 2020.”

Non classé 2020 World Expo Dubai: a first for the region