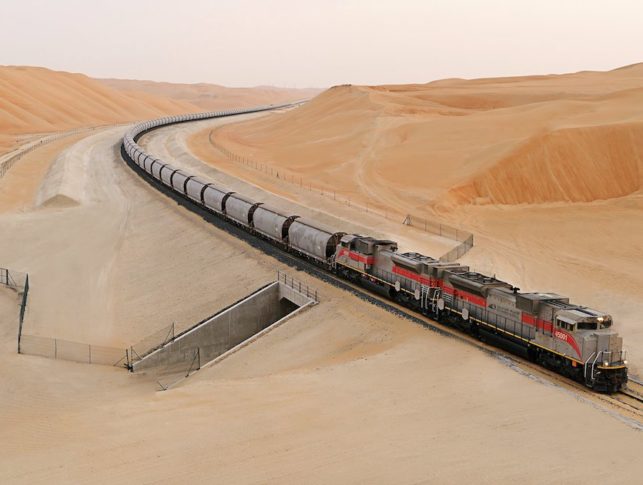 The historic train line linking the UAE and Israel is among several agreed infrastructure projects following the Abraham Accords in 2020. The two countries seek to forge closer relations, with the line set to allow Israel to access new markets in the UAE, eventually carrying passengers from the Mediterranean to the Gulf.

At one time in the past it was possible to take the Hejaz Rail Line from Medina in Saudi Arabia to Damascus, and then onward to Haifa. After the establishment of the State of Israel however, this stopped, but based on comments made at Expo 2020 in Dubai from Merav Michaeli, Israel’s Minister of Transportation and Road Safety, the Al-Marj Train, built on the historic Hejaz line, may soon be running again. According to Michaeli, a train out towards Jordan, Saudi Arabia and the Gulf states, from Dubai to Haifa, is one of several big infrastructure projects being discussed between the UAE and Israel to build better relations and increase co-operation.

The joint infrastructure projects are a sign of improving relations between the two countries which have had strained relations in the past. Israel was called ‘The Enemy’ by the first president of the United Arab Emirates, and there was another rocky period following the assassination of Mahmoud Al-Mabhouh in 2010. In recent years though, the relationship has taken a big step forward with the signing of the Abraham Accords in 2020, the first public statement normalizing relations between an Arab country and Israel since that of Jordan in 1994, and the establishment of diplomatic embassies in Abu Dhabi and Tel Aviv. More than 50 agreements have now been signed between the two nations in diverse sectors, including the train line from Haifa to Dubai.

The Al-Marj train line in Israel, connecting the towns of Haifa and Beit She’an re-opened in Israel in 2016, connecting the Jordan River Crossing, Jalamah, and the Jenin area in the West Bank. The idea was that it could be extended towards Saudi Arabia and the gulf. Eventually, it would link Haifa to Dubai. As far as infrastructure projects are concerned, this is a relatively easy one to start with as the tracks needed for the rail connection are nearly all in place. With the exception of 200-300 kilometers of line that remains to be built in Jordan, the line is ready to connect the UAE and Israel. 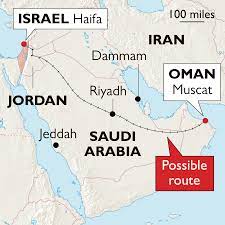 Benefits for everyone involved

Once all the tracks are in place, goods from Israel can be transported to the UAE within a couple of days, rather than the approximately 12 days it currently takes when shipping along the Suez Canal. It will also allow Israeli producers to access new markets – fresh vegetables in particular are in demand in the UAE.

The project, backed by the United States, will also benefit the economy of Jordan. Jordan is in desperate need of an economic boost, with unemployment on the rise and reaching 25% in 2021, with youth unemployment rates reaching an unprecedented 48.1%. Both the employment created by the building of the infrastructure for the rail line, and revenue from the long-term operation of the line will inject much-needed funding to the country.

Not everyone in the region is excited about a possible new railway line between Israel and the UAE. In Egypt, where Suez Canal revenue is the third largest source of national income, representing 10% of the GDP and an important source of hard currency, a land passage between Israel and the Gulf states is not welcome news. Nor are reports that the UAE intends to buy Haifa Port in Israel, leading Egyptian economists to talk about the upcoming impact on Egypt’s economy from the two states forging closer relations.

While the agreement is a big step, there are still many challenges before the line becomes operational. Nonetheless, the prospect of rail travel from Abu Dhabi to Israel leads to the question: Will Israeli passengers be able to travel to Abu Dhabi by train, like they could on the famous Hejaz Rail Line back in the time of the Ottoman Turks? According to the ministry, the network will one day be able to transport passengers from the Mediterranean to the east, and between the Gulf states, Saudi Arabia and Iraq to the west. Perhaps in time, after the successful launch of rail transit of containers between Dubai and Israel via Jordan and Saudi Arabia, passengers will be a possibility again.