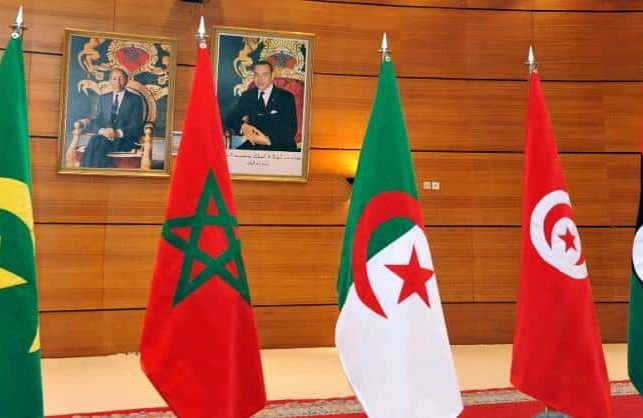 The new Maghreb Bank for Investment and Foreign Trade is a significant step in efforts to create a regional economy.

The economic integration of five countries of the Maghreb region of Northern Africa took a step forward with the launch of the Maghreb Bank for Investment and Foreign Trade.

The bank will finance joint projects of the five member nations of the Arab Maghreb Union – Algeria, Libya, Mauritania, Morocco and Tunisia. It launched with $150 million in capital contributed by the member countries.

The bank will invest in projects including infrastructure, transportation, telecommunications and electrical power. It will also work to strengthen intra-Maghreb trade.

The bank, based in Tunis, was launched December 21. Nouerddine Zekri, former Tunisian Secretary of State for Development and International Cooperation, was named Senior General Manager of the bank.

A step towards integrating regional economies

The launch marks a significant step in the long-delayed effort to boost trade within the region by integrating the economies of the five countries, which together represent a market of about 100 million consumers.

Despite decades of regional political tensions, the economic appeal of the integration effort has remained strong.

Exports from and to countries within the region are extremely low and the integration promises to increase those. At the same time, most of the countries are highly dependent on trade with the European Union and more intra-region trade will reduce that vulnerability.

Economic integration would increase growth in GDP by an estimated 2-3 percent and increase job creation, according to one study, which called it a potential “game changer’’ for a region that is the least integrated in the world. On average, trade between the five countries represents only three percent of their global trade.

“The benefits would be significant. It could increase intra-regional commerce by 5-12% and stimulate job growth and help anchor stability,” the report from the Tunis Conference on Regional Economic Integration said.

Boosting trade within the region

The report said trade within the region could grow by 5 to 12 percent with integration.

“This growth could in turn translate to significant job creation particularly if enhanced trade encompasses both goods and services,” the report said, noting that a consumer market of about 100 million would attract greater foreign and local investment and offer smaller businesses opportunities to expand.

The growth would help economies that have struggled.

Since 2011, growth of GDP in the region has averaged only 2 percent, compared to 5 percent during the six years prior to the financial crisis of 2008. Economic growth has failed to keep pace with population growth. Unemployment is high, averaging 12 percent in Algeria, Morocco and Tunisia, according to the European Commission.

At the same time, the Maghreb countries are highly dependent on trade with the European Union, which proved to be vulnerability during the euro crisis.

While one goal is to reduce dependence on exports to Europe, an integrated regional economy might create a more effective bargaining bloc to negotiate in with the European Union.

The five countries first signed the Treaty of Marrakesh agreeing to integrate in 1989. The framework for forming a bank was signed in 1991 but the actual bank was not approved until 2006.

Political tensions stalled the economic integration effort for more than two decades. Initially, disagreements between Morocco and Algeria over territory in the Western Sahara contributed to delays. More recently, political disruption and war created uncertainty about economic stability in the region.

The differing economic structures of the countries have also posed a challenge to integration. Morocco and Tunisia have relatively liberal market economies while Algeria and Libya economies were more tightly controlled. Mauritania’s economy is largely based on subsistence agriculture.

Among the five countries, Algeria and Morocco have the largest economies with $552 billion and $250 billion GDP respectively. The GDP of Mauritania, totals an estimated $8 billion.