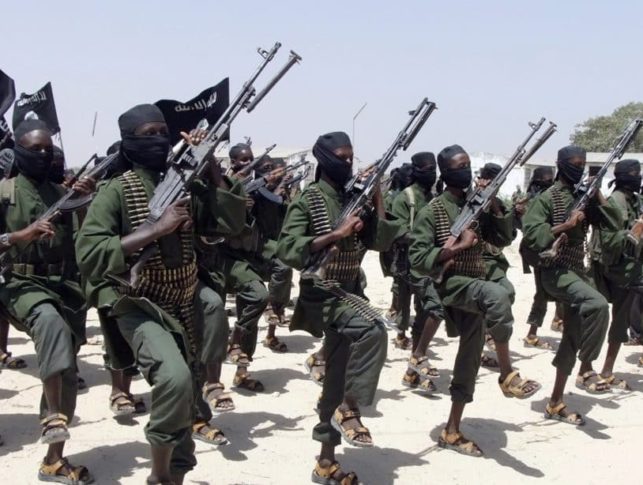 Attempting Order In A Failed State

Somalia, one of the poorest countries on the world, is often considered a failed state due to its lack of rule of law and, until recently, any semblance of a government. Al-Shabab is a militant Islamist group that is fighting against the existing UN-backed government to create a fundamentalist Islamist state ruled with Sharia Law. Founded in 2006 following the overthrow of the previous government, al-Shabab’s numbers swelled from less than 500 into the thousands by 2008. While ties to al-Queda emerged as al-Shabab praised the international network of terrorists, al-Shabab’s own activities were limited to Somalia until 2010.

In June 2010, al-Shabab was responsible for coordinating suicide bombings that killed 74 people in Uganda. The bombers struck a World Cup viewing party outside the capital of Kampala, sending a clear message to the world that their capabilities were growing. It was not until this international terrorist attack that much attention was paid to al-Shabab’s funding. The UN banned charcoal from Somalia because of the direct link from al-Shabab’s presence at Kismayo port—in doing so, the UN hoped to cripple the group as its funding dried up. A Kenyan-lead attack on Kismayo and liberated the port from al-Shabab soldiers. The UN was optimistic that this move would effectively destroy al-Shabab.

It is true that al-Shabab’s territory has shrunk since the ban, but an October 2014 UN report showed that the illegal charcoal trade was not slowed, let alone stopped, by military and soft-diplomacy tactics. Flouting the international ban, the United Arab Emirates and Saudi Arabia are major importers of Somalia’s illegal charcoal along with other Middle Eastern and North African countries. Wood charcoal is a popular fuel for cooking in North Africa and the Middle East despite the negative health side-effects of its smoke. The charcoal problem is very real. Not only does it provide the biggest and most reliable source of funding for the increasingly violent terrorist group, but it is also destroying Somalia’s sustainable water sources and causing rapid deforestation and aridation of land. The slow heating of wood—wood that is, in Somalia, unsustainably harvested from rapidly shrinking forests, produces wood charcoal. Somalia is already extremely susceptible to the crisis-exacerbating effects of climate change, but deforestation is compounding the negative consequences.

This April’s attack on Garissa University, coupled with previous al-Shabab attacks including the Westgate Mall crisis in 2013, proved that not only did the ban prove entirely ineffective in dismantling al-Shabab, but also that they are growing bolder and more coordinated in its activities. The group took 700 students hostage, murdering 174 self-identified Christian students and injuring at least 79 more. Al-Shabab continues to make millions every year from the illegal charcoal trade—this is not their only source of income. Al-Shabab is also financed through piracy, hostage-taking and subsequent ransoms, sympathizers are able to channel money through other militant Islamic groups to fund al-Shabab’s insurgency and the growing illegal sugar trade into Kenya.

By continuing to purchase Somali charcoal, importing countries are supporting international extremism that has the potential to wreak havoc on Somalia’s neighboring countries. As the Westgate Mall and Garissa University attacks proved, al-Shabab is not interested in negotiating, but in spreading fear.