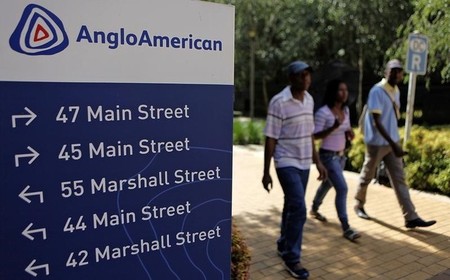 JOHANNESBURG (Reuters) – Miner Anglo American will sell its Eskom-linked thermal coal operations in South Africa for $166 million, it said on Monday, part of a strategic overhaul announced a year ago to cope with a slump in commodity prices.

The mines, along with four closed collieries, have a supply agreement with Eskom under which South Africa’s sole power utility paid for their running costs in exchange for coal supply at a pre-set price.

The company said it will sell the assets — New Vaal, New Denmark and Kriel collieries — to Seriti Resources Holdings – a company led by Mike Teke, the president of the local mining industry lobby group, Chamber of Mines.

Anglo was hit hard by a slump in commodity prices in 2015, prompting it to launch a sweeping overhaul to slim down its portfolio and focus on diamonds, platinum and copper.

“This transaction forms part of our ongoing commitment to reshape and upgrade our global asset portfolio,” Anglo Chief Executive Mark Cutifani said in a statement.

(Reporting by Rahul B in Bengaluru and Tiisetso Motsoeneng in Johannesburg; Editing by Louise Heavens/Keith Weir)