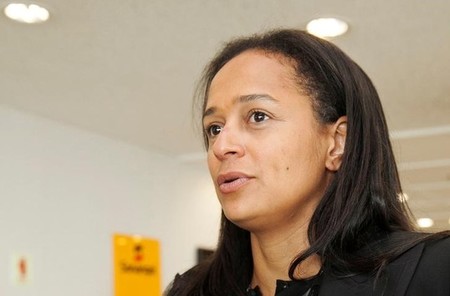 JOHANNESBURG (Reuters) – New Sonangol chief executive Isabel dos Santos has suspended all talks relating to the sale of assets belonging to the Angolan state oil firm and stripped its internal legal department of most of its powers, a statement said.

Dos Santos, the billionaire daughter of President Jose Eduardo dos Santos, was appointed to the Sonangol helm last month with orders to improve the efficiency of the sprawling 40-year-old firm, the central pillar of Angola’s economy.

The statement posted on Sonangol’s website after a board meeting at the end of last month said “all processes of evaluation, negotiation and sale of any assets” had been suspended with immediate effect.

It gave no further details.

Separately, it said the board had removed the legal department’s mandate to handle anything other than disciplinary matters. Again, the statement provided no more clarity.

Isabel dos Santos told Reuters last month she planned to hive off Sonangol’s non-core assets, such as its banking, real estate and airline interests, into separate holding companies to bring the company’s focus back exclusively to oil.

Boston Consulting Group and PriceWaterhouseCoopers have been hired as external advisers to the shake-up, which has won approval from the foreign oil firms operating in Africa’s top crude producer.

Isabel dos Santos also said she intended to improve transparency at Sonangol, long been regarded as one of the most opaque institutions in Africa.

In 2011, Sonangol was accused of misplacing $32 billion in oil revenues owed to the government.

The International Monetary Fund later said it had managed to track down the missing cash, attributing the accounting discrepancy to “quasi-fiscal operations” conducted on behalf of the government.