Bader Al Kharafi, one of Kuwait’s most powerful figures 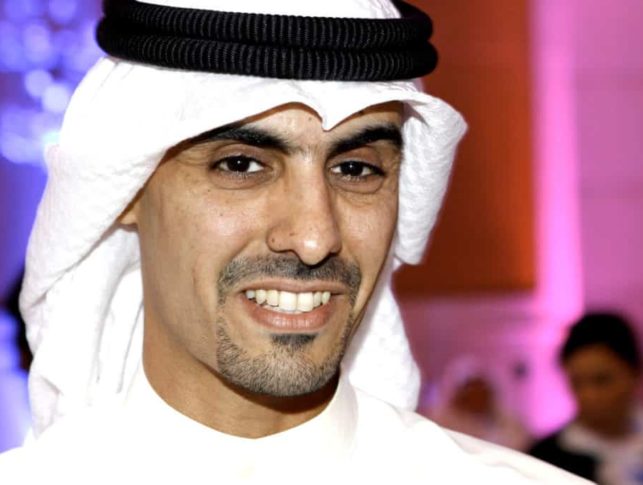 Bader Al Nasser Kharafi, is rapidly establishing a reputation as one of Kuwait’s most powerful figures and as one of the most influential young Arab businessmen in the world.

Bader Al Nasser Kharafi, is rapidly establishing a reputation as one of Kuwait’s most powerful figures and as one of the most influential young Arab businessmen in the world. Making a name for himself has never been Al-Kharafi’s focus, but as the son of the hugely respected late Nasser Al-Kharafi, his family name was already synonymous with Middle Eastern business.

It is never easy for a child to follow in the footsteps of a highly successful and renowned parent. Nasser Al-Kharafi had taken the family company, MA-Al Kharafi & Sons (MAK), to dizzying heights before his death. However, since taking the helm of the family conglomerate, in 2012, Bader Al-Kharafi has stepped out of his father’s shadow and maintained the company’s long-standing reputation.

A long tradition of family-run success

MA-Al-Kharafi & Sons (MAK) was set up, in 1956, by Bader Al-Kharafi’s grandfather Mohammed Abdul Mohsin Al-Kharafi and the contracting company rapidly expanded into multiple markets outside his native Kuwait.

However, it was one of the sons, Nasser Al-Kharafi, who became a legend within Kuwaiti business, and turned the company into a vast conglomerate of varied operations. It is, therefore, no surprise that when Nasser died, in 2011, stocks in many of the MAK owned entities plummeted and a host of investors began to feel decidedly nervous.

Replacing a highly esteemed business leader is never easy and when there is a potential for in-fighting between family members, shareholder unease is understandable. Bader Al-Kharafi himself said, “I think it is very hard to convince someone to have confidence when you lose someone like Mr. Nasser.” Despite initial concerns, the company made a united, and fairly quick, decision to appoint Bader as the senior figure within the organization.

Bader Al-Kharafi commented on how this helped to placate any concerns with shareholders and thus arrest the initial drop in share prices saying, “The committees running the company and the family members and uncles all united together, that is the message that the market wants.”

Diversified interests and an eye for new horizons

Bader Al-Kharafi was not just taking control of a very prosperous company in 2012; he was heading up a corporation that operates on a huge scale and over a multitude of industries and nations. According to Arabian Business Magazine, in 2012, MAK was operating over 28 countries with 135 companies under its umbrella and was worth over $8 billion. The group has major interests in a plethora of areas, from its large holding in the telecommunications company Zain, to its petroleum, manufacturing and even hospitality interests.

Telecommunications is one of the most significant strings to the MAK group’s bow, and its company Zain has over 44 million customers across 8 nations. Zain has continually invested in new technology to try and keep ahead of competition and Al-Kharafi proudly states, “We introduced…new technologies before Europe and some other countries, including the United States.”

To continue the growth of Zain, Al-Kharafi signed a deal with Vodafone allowing the latter a greater access to the Middle East and allowing Zain to benefit from Vodafone’s existing British and European networks.

Al-Kharafi has already expanded his own interests and personal positions of influence since taking over the family company. In 2012, shortly after taking over MAK, he was asked to join the board of Gulf Bank, adding to his existing positions as a board member of Foulath Holding (Bahrain Steel) and as chairman of Gulf Cables and Electrical Industries. By 2014, the world famous private bank Coutts had also added Al-Kharafi to its board.

Aside from continuing the family legacy, Al-Kharafi has shown a dedication to investing in other people and providing the youth of Kuwait with new opportunities, as the job market continues to change and adapt. INJAZ Kuwait is a non-profit NGO that was founded, in 2005, to provide educational support for young people in Kuwait.

Under the guidance of Al-Kharafi and other board members, INJAZ Kuwait has helped over 25,000 students at more than 25 educational institutions learn entrepreneurial and leadership skills. Al-Kharafi says, “I am always up for challenges and risks; mainly because I was introduced to the business at a young age…I like to make sure that I make the first step to becoming a pioneer.”

With such support, INJAZ could help provide the education for the next Al-Kharafi to emerge from the small but prosperous gulf state.

Although he continues to invest in new ideas, Al-Kharafi believes that continuing his father’s ethos is what will ensure ongoing success saying, “The model my father proved time and time again to be vital to success is: people, honesty and making sure you deliver.”