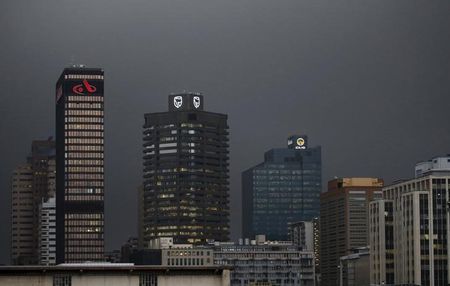 In the Middle East growth in the year up to the end of August was 12 percent, with double-digit expansion in Qatar and the United Arab Emirates helping offset a decline in Lebanon, Iraq and Libya, said Sido Bestani in an interview.

The data excludes Iran, which has been disconnected from the Belgium-based network since 2012 as a result of EU sanctions against the country.

Expansion in Africa in the past year was up 11 percent, led by Kenya, Ghana and Nigeria, Bestani said.

Average global SWIFT traffic growth so far this year is running at 10 percent. The Middle East and Africa represents more than 4 percent of total volumes, a level that should rise as both regions historically grow at a faster pace than the rest of the world.

Banks in the Middle East and Africa have been expanding both within and outside their borders in recent years. Through acquisitions, Qatar National Bank, the largest bank in the Gulf Arab region, has expanded into Egypt and several other African markets, while South Africa-based Standard Bank, Africa’s largest bank by assets, has built a presence in 20 countries including Nigeria, Angola and Mozambique.

In Africa, banks have been adding more clients in a country where the proportion of the population without a bank account totals as much as 80 percent in sub-Saharan Africa.

But Bestani said that drivers for business in the Middle East and Africa were different.

“We see more traction from some African communities,” said Bestani. “There is centralised decision-making, so for example the central bank of Ghana contacted us to ask if we can provide a service for complying with sanctions to all banks.

“In the Middle East we see less examples of supporting the community and more action at the level of individual banks and financial institutions.”

More non-financial institution companies are also joining. In the Middle East, around 50 such firms have joined, enabling them to handle cash management, trade and supply chain business through the system.

But SWIFT expects one of the main areas for future expansion to be the securities markets, where a lot of payments and settlement instructions are currently sent manually.

In the Middle East and Africa, including Turkey, payments represent 57 percent of information sent through SWIFT, with securities forming 30 percent of the total data. That compares with worldwide, where payments and securities roughly account for percent each of total data flow.