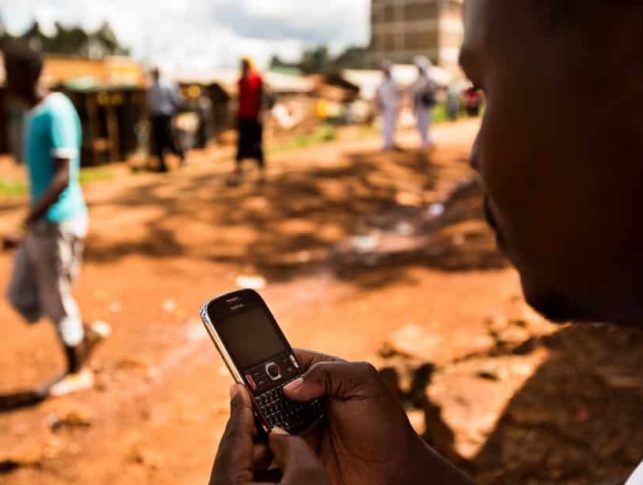 The largest bank on the continent has launched a pan-African application in five countries that enables financial transactions across borders.

The largest bank on the continent is rolling out a pan-African banking application as it shifts its business toward mobile.

The action by Standard Bank – African’s largest bank by assets – reflects a growing trend of financial institutions moving to mobile financial services that so far have been dominated by telecoms.

Standard’s mobile banking has been doubling year over year, according to Peter Schlebusch, the bank’s chief executive for personal and business banking.

Standard has launched the mobile application in South Africa, Namibia, Botswana, Uganda and Ghana and plans to launch in Nigeria, Kenya, Zimbabwe and Zambia later this year.

The app reflects a significant investment by the Johannesburg-based bank to give customers convenient access to their accounts regardless of their location, a bank representative said.

Adrian Vermooten, head of Africa Customer Channels for Standard Bank, said the app is one of the first in Africa that enables transactions across borders.

The app takes advantage of sophisticated smartphone technology, including biometrics. In the future, features including real time payments, online account opening and other services for individual consumers or businesses will be added to the app.

The app reflects the bank’s goal of becoming a “universal bank” for Africa, Vermooten said. The bank, with global assets of about $165 billion, operates in 20 markets across the continent.

“We’re trying to be really focused on Africa and take out the friction of dealing in Africa,” Schlebusch told Forbes, noting that the new app will enable customers to execute transactions across borders.

“The pan-African app will enable customers to view the whole bank regardless of their geography or what kind of customer they are,” he said.

The bank last year processed more than 800 million transactions worth nearly $30 billion through its banking application while in-person branch and ATM transactions shrunk to less than 5 percent of all transactions, Schlebusch said.

Standard’s experience underscores two shifts taking place on the continent. One is the rapid trend toward consumer use of mobile technology for financial transactions. The other is the move by banks for a share of the market previously dominated by telecommunications companies.

In 2014, mobile financial transactions generated $656 million in revenue in sub-Saharan Africa, according to the research firm Frost and Sullivan ICT. That amount will nearly double to $1.3 billion by 2019, Frost and Sullivan predicted.

Meanwhile, one expert said that African banks are taking the lead globally in ensuring security of mobile financial transactions.

Schalk Nolte, chief executive officer of Entersekt, said African banks are placing security at the center of the app will add mobile development, setting an example that other banks can follow.

Globally, banks have led development of mobile banking. But in Africa, telecoms have been the major players in mobile financial transactions because far more Africans have mobile phones than have bank accounts.

According to the World Bank, 40 percent of Africa’s 1.4 billion residents have a mobile phone while less than 25 percent of the population has a bank account.

But banks like Standard are working to change that. A top East African bank announced plans to enter the market while banks in Cameroon and Mali are also trying to tap into the continent’s rush to electronic payments.

In Kenya, Equity Bank, the country’s largest in terms of number of customers, is providing customers with SIM card overlays that enable them to securely access their accounts on their phones.

In Nigeria, GT Bank is partnering with Etisalat Nigeria, one of the country’s larger mobile operators, to create a savings account that can be opened on a mobile phone.

Pan-African Ecobank is partnering with the telecom Orange Cameroon to enable customers to transfer money between the two services. The companies have launched the service in Cameroon and Mali and expect to offer it to Ivory Coast, Guinea Conakry and Niger in the future.

South Africa presents a contrasting example. In that country, where 75 percent of the population has a bank account, M-Pesa failed to take hold and folded its operations earlier this year.