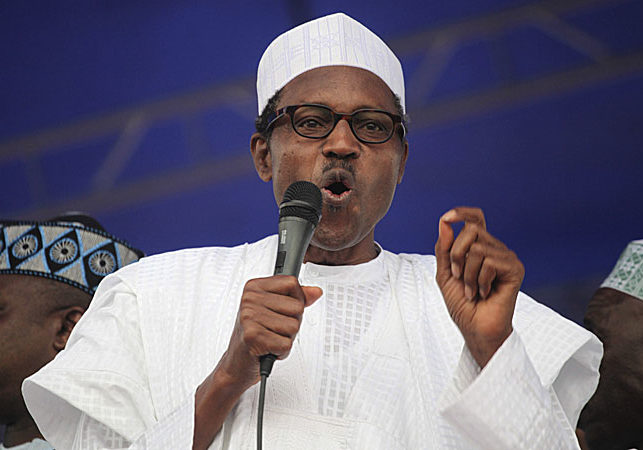 When Muhammadu Buhari was elected as Nigerian President in March 2015; it was the culmination of a long and controversial involvement in Nigerian politics. While many have criticized his record on human rights, others have praised his seemingly incorruptible nature, and efforts to battle domestic terrorism. As recent health concerns have yet to be fully abated, the future of the President remains uncertain.

A history of political struggle

Muhammadu Buhari was born on December 17th 1942, in Daura, Katsina State, to a large family in which he was the 23rd child. By the age of 19, Buhari had joined the military, and within one year he had been sent to the UK for officer training. Buhari returned to Nigeria in 1963 and from here, until his election in 2015, he was rarely away from the political struggles within the country.

After serving the government in the Nigerian Civil War, Buhari was involved in the 1966 Counter Coup, before supporting the 1975 Coup that briefly led to him taking on nonmilitary roles within the new government.

But it is the 1983 Coup, that he led, which threw him into the limelight. Buhari took power from January 1984 until August 1985, in which time he led a fierce stamp down on political corruption, indiscipline and rising crime. While the measures were seen by many as necessary for economic reform, widespread human rights abuses were reported, and press freedom was severely curtailed.

Buhari’s brief stint in power came to an end in 1985, when he was overthrown and put into detention for 3 years. However, his ambitions as a leader saw him return to politics with a failed Presidential bid in 2003, followed by two more attempts at gaining democratic election in 2007 and 2011.

Legitimacy and the Future

Buhari finally succeeded in becoming the democratically elected President in March 2015, when Nigeria elected him to replace incumbent leader, Goodluck Jonathon. Buhari’s commitment to breaking the cycle of corruption within Nigerian politics was almost immediately displayed when he had former national security advisor, Sambo Dasuki, arrested for embezzling $2 billion worth of funds that were assigned for the battle with Boko Haram.

Several other senior government figures have also found themselves in jail, as Buhari looks to cut out the rot that he feels has hampered Nigerian progress for too long. However, this has echoes of similar moves that he made in his brief run of power in the 1980’s, and the world’s leaders are unlikely to be supportive of the other measures that Buhari employed at the time, including executions for drug users, and public floggings for people who did not line up at bus stops in an orderly fashion.

Thus far, none of the obvious abuses of the past have manifested themselves under Buhari’s new leadership, and there has been marked improvement in the security in Nigeria’s north-eastern region, which has borne the brunt of much of the nation’s Islamic extremism.

However, a recession hit Nigeria soon after Buhari’s electoral triumph, and Islamist forces pushed out of the north-east have begun to increase attacks within the nation’s oil rich, Niger Delta region. Buhari has also faced criticism over his recognition of women in government, as his cabinet is only 16% female, compared with the previous regime’s 31%.

Most recently, there have been major concerns over Buhari’s health, and whether he would be capable of continuing in power. In January of this year, Buhari traveled to the UK for treatment on an unspecified condition, and remained there for 7 weeks, before returning to Nigeria in March. Buhari then returned to London for more treatment on May 7th, and thus far has not gone back to his nation.

Although his wife has assured concerned Nigerians that he is recovering well, there is a growing demand in Nigeria for him to be declared unfit, and while vice president, Yemi Osinbajo, has been in control during Buhari’s absence, there are several other potential leaders looking for their chance to take the top post.

Buhari is a man who has fought in wars, coups and survived an assassination attempt in 2014; so regardless of ones opinion on his policies, it cannot be said that he is easily broken. The future of his leadership looks uncertain, but if he is physically capable, then we can be assured he is likely to do his utmost to retain his position.