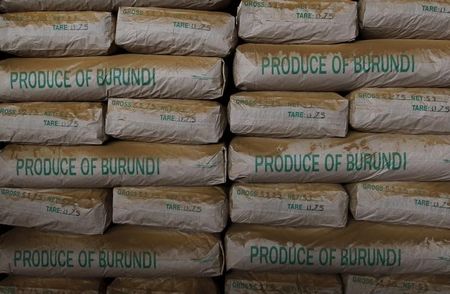 The tiny central African coffee producer nation is facing one of its worst political crises after President Pierre Nkurunziza was re-elected in July for a disputed a third term.

Nkurunziza’s opponents said running again broke a peace pact that ended more than a decade of civil war in 2005. The country endured months of protests and violence and tens of thousands of people fled unrest that included an attempted coup in May.

As a result, Burundi’s economic output is expected to shrink by 7.2 percent this year after growing 4.7 percent in 2014, the International Monetary Fund said in its report on world economic output for October.

Burundi’s Institute of Economic Studies and Statistics (ISTEEBU) said inflation was under control between August and September due to a fall in the price of beans and rice, the most consumed food in a nation of nearly 10 million people.

Food price inflation slowed to 3.8 percent in the year to September from 4.6 percent in August, ISTEEBU said.

Some major donors such Belgium have already cut aid, in condemnation of the violence and human rights violations committed since April.

The European Union, which funds about half the annual budget of Burundi, is also considering whether to limit its aid, diplomats say, but is wary of hurting the general population.

It has imposed individual sanctions on security officials close to Nkurunziza who were implicated in the violence.