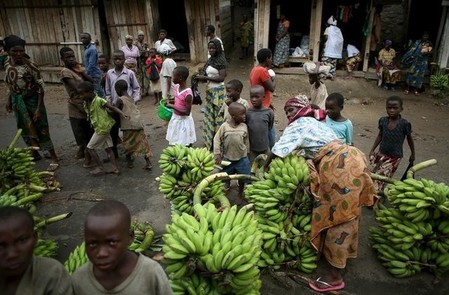 KIGALI (Reuters) – Burundi’s year-on-year inflation eased to 2.6 percent in April from 4.3 percent in March thanks to a significant fall in food costs, official data showed on Monday.

Food inflation in the year to April slowed to 2.5 percent from 6.4 percent in the previous month, the country’s Institute of Economic Studies and Statistics(ISTEEBU) said in a report.

Burundi has been grappling with unrest for more than a year, mainly in the capital Bujumbura. Western donors have suspended vital aid, leaving the poor nation more dependent on its modest coffee and tea exports and on domestic tax revenues.

Burundi’s economy shrank by 7.2 percent in 2015 and is expected to expand by 3.4 percent this year, the International Monetary Fund (IMF) said in a report.