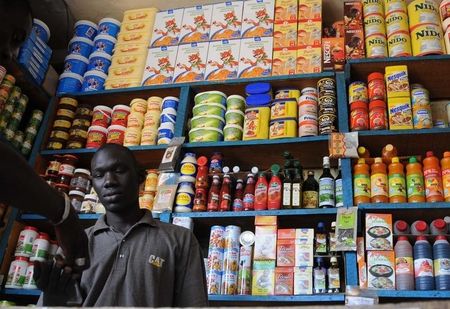 YAOUNDE (Reuters) – Cameroon’s inflation rate rose to 3.4 percent in the first half of the year but the country can still hit its full-year target of 3 percent, the national statistics bureau said on Monday.

Inflation rose due to increased transport costs and the impact of the country’s fight against Boko Haram, which has driven up prices in the Far North region where the Islamist militant group has staged dozens of attacks.

Cameroon is participating in a regional task force led by neighboring Nigeria against the group.

“The overall rate during the last twelve months is largely due to the surge of 14.5 percent in prices of transport, 5.2 percent for restaurants and hotels and 4.1 percent for alcohol and tobacco,” a statement said.

In September, the International Monetary Fund (IMF) revised Cameroon’s 2015 growth forecast up to 6 percent, saying it could be higher but for a drop in oil prices and the Boko Haram operation.

The IMF said inflation would remain below 3 percent in 2015.