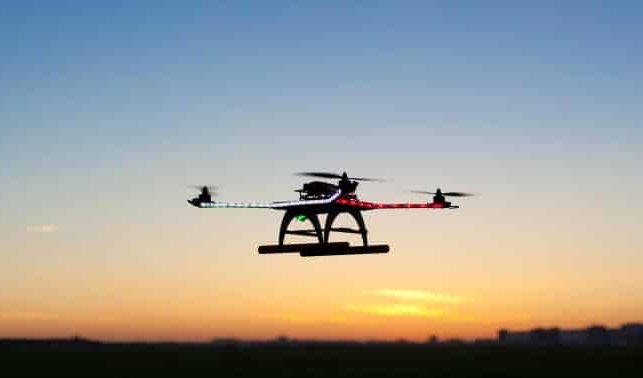 Drones are now part of our modern consciousness, our everyday reality. Having had a sinister reputation from the association with warfare, their potential is now being harnessed for good.

The development of cargo drones is currently underway across the globe, sparking interest from pioneering technological heavyweights like Google and Amazon, as the revolutionary form of delivery transport.

Top internet retailer, Amazon, said on their website that soon viewing cargo drones will be, “as normal as seeing mail trucks on the road today.”

For Africa this could mean far more than how a parcel is delivered. Their use has been put forward as a possible boost for the continent’s economy.

Leapfrogging the problem of infrastructure in Africa

With Africa’s rapid economic growth comes the need to build and improve infrastructure. It is estimated that Africa’s shortfall is a much-needed $50 billion per year in this sector. There simply is not enough money to build the roads and lay the new train lines required to keep up with increasing trade.

John Ledgard, the director of Afrotech and long-time Africa correspondent of the Economist has a plan. The futurist thinker sees a way to combat the gridlock that African trade is otherwise unquestionably going to face, failing spending $93 billion a year on financing infrastructure. He hopes to unlock the sky by eventually linking east to west.

Afrotech plans to fill the gap in Africa’s transportation by using cargo drones and their very own aerial highway. Starting by setting up routes in Rwanda, Tanzania and Uganda, eventually all parts of Africa will be connected. The initiative from Ecole polytechnique fédérale de Lausanne (EPFL) in Switzerland, is working with architects Foster + Partners to create the drone-ports for the routes which hope to be set up by the end of 2016.

“The Droneport project is about doing ‘more with less,’ capitalizing on the recent advancements in drone technology,” said Lord Foster, chairman and founder of Foster + Partners.

The biggest to the smallest airport in the world

Foster + Partners, responsible for the creation of the world’s largest airport in Beijing, China, will now create what could be considered in effect, the world’s smallest airport. Three dome shaped buildings will comprise the Droneport that will rest on Rwanda’s red earth. Designed to run on clean energy, it will eventually provide employment for the surrounding community.

Rwanda was chosen for the trial because the terrain is difficult to travel through and very little air traffic flies over. From here half the country will be reachable via the cargo drone routes. Prioritizing medical and time sensitive cargo initially, Ledgard has a clear vision of how the project will mature. Phase 1: mainly hospitals and humanitarian emergencies. Phase 2: industries that provide spare parts and building equipment.

“Phase 1 and 2 would be enough to make the drones useful contributors. But the real reason for the technology,” says Ledgard “is Phase 3, when the drones will better connect businesses with customers across Africa.” All going to plan, this could be the making of the developing Africa. Inevitably there are valid causes for concern and tangible doubts, but no one is more aware of them than Ledgard himself. He openly cites the areas that may be of concern but says most risks are small or can be overcome and that it is an improvement on current affairs.

Important for Africa is whether it can adopt this new technology quickly enough to make it beneficial. It will need several aspects to come together: the army to ensure security, government leaders of regional economic groupings to put free trade into practice and laws to be passed allowing fully independent drone flight. With Africa united, this could truly be an economic revolution for the future.