Christo Wiese, 74 year old billionaire, as driven as ever 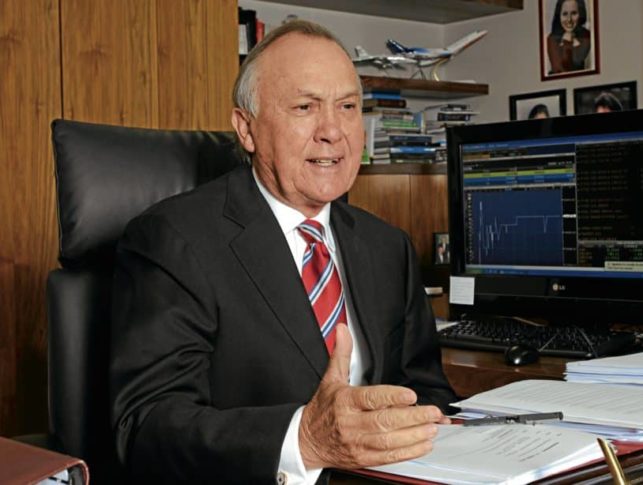 The South African billionaire, Christo Wiese, continues to grow his business, with a commitment to long held principles.

Christo Wiese is one of the richest men in Africa, with a fortune valued at $6.5 billion, but despite being 74 years old, he is working as hard as ever.

In the summer of 2015, Wiese bought the British gym chain, Virgin Active, for $1 billion from Richard Branson’s Virgin group. Not finished with his British spending spree, Wiese also snapped up the high street fashion giant New Look Clothes for $1.23 billion. While evidently eager to expand, what is the business ethos of Mr. Wiese, and how did he become such a prosperous figure?

A family of entrepreneurs

Christo Wiese was born in a small town called Upington to parents who had nothing like the resources he enjoys today, but who did have the entrepreneurial spirit which has governed his life. Wiese’s parents were a huge influence on his attitude to business, and he is on record as saying, “I’ve had mentors in business, people from whom I have learnt a lot, but at the end of the day, my greatest inspiration came from my parents.”

These parents bought a share in a small retail outlet called Pep Stores in 1965, and although Christo had trained as a lawyer, he decided to join the family business. As the business grew, Wiese had brief forays into politics and the diamond industry, but returned to the original Pep Stores Company as its executive chairman in 1981. The following year, he changed the name to Pepkor, and the company began its rapid, extensive growth.

Two of the key areas that have helped Wiese grow his brands (while finding widespread support in his home country) are the ethics behind his companies, and his focus on providing affordable products. In a nation where the ugly memory of Apartheid casts its shadow over much of recent history, Wiese’s business ethics are quite telling.

During the height of the Apartheid regime, Wiese broke the law by refusing to have racially segregated bathrooms at his offices and factories. His policies of inclusion rather than segregation have continued to be a hallmark of his employment record.

In 2013, he spoke to South African media saying, “We employ over 150,000 people who are very representative of the demographics of South Africa. We have people from different backgrounds, religious affiliations, race groups and countries, and they all work together to make the business work.”

Perhaps the key to his success has come from investing in products that people need, such as affordable clothing. This tied in with his ethical stance on Apartheid, as in the early days of Pepkor, low priced clothing was sold in poor rural areas, where most black people were able to buy new clothes for their families for the first time.

Alongside his recent British acquisitions, Wiese is the major shareholder in African retail giant Shoprite, has a 20% holding of the huge furniture company Steinhoff, and is the majority shareholder in private equity firm Brait. However, Wiese is focused on developing his trade across Africa, as he continues to promote trade and opportunities in his home continent.

As well as providing extensive training programs for potential entrepreneurs, Wiese is determined to open up more markets for African producers, and to make his homeland a greater part of his company’s trade. Wiese said, “Today, 80% of the fresh produce we sell in Zambia comes from Zambian farmers, because we created a market for them…Our African business is still only 15% of our overall business. In the next 10 or 20 years we believe that it will be more than 50% of our businesses.”