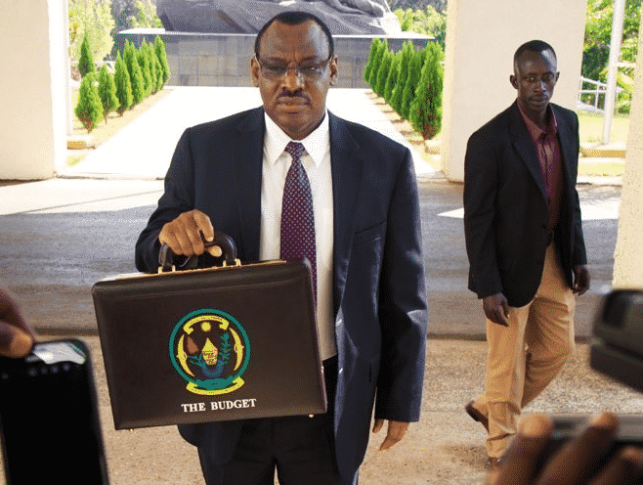 Gatete, Rwanda’s Minister of Finance and Economic Planning, was particularly gracious when accepting the prestigious accolade. He said: “The resilience of our economy, despite the global economic shocks that affected our commodities, was mainly due to good leadership and strategic guidance of our President and the hard work of our economic team at the Ministry of Finance and central bank”

However, despite his humility, it’s clear that Gatete has been instrumental to Rwanda’s continued fiscal success. Global Capital explained their decision to bestow him with the award saying that he has demonstrated “impressive commitment to prudent and proactive fiscal management.” He was also praised for his talent in crafting bilateral agreements with international institutions and neighboring countries, which have been key components of Rwanda’s resilience.

Gatete was born in 1962, in Mbarara, Uganda. He spent the majority of his school years in Mbarara, due to his father’s line of work. Gatete proved himself to be an adept student with an aptitude for numbers. He attended University at the University of British Columbia in Vancouver, Canada, where he obtained both a bachelor’s and a master’s degree in Agricultural Economics, finishing his studies in 1993.

Gatete stayed in Canada working as an economist until 1997. However, in the wake of Rwanda’s terrible genocide he felt the desire to return home and help in the efforts to rebuild his home country. He managed to obtain a post with the United Nations Development Program working as a Development Economist in Kigali.

During his time working with the UN, Gatete became embedded in the political and financial landscape of Rwanda. No doubt this expertise is what set him for a string of senior government positions.

In 2001, he was invited to join the Office of the President as the president’s personal representative to the New Partnership for Africa’s Development (NEPAD). He excelled in this position, and in 2003 he was promoted to the Ministry of Finance, where he served as Secretary General and Secretary to the Treasury. In 2005, he became Rwanda’s Ambassador to the U.K, Ireland, and Iceland. Returning to a domestic position, Gatete served as both Deputy Governor and Governor for The National Bank of Rwanda until his appointment as Minister of Finance and Economic planning in 2013.

A sure hand at the helm

Gatete has formulated and implemented the policies that have kept Rwanda’s economy performing over the past few years. Commentators have pointed to Gatete’s action with regard to the slump in global commodities, which severely hampered Rwanda’s mining sector, at a time when production was already falling. Global capital said “For a small country with limited export opportunities this could have proved a severe setback. The impact on the wider economy, however, has been largely mitigated by prompt action by policymakers,”

Gatete has also made great strides in improving efficiencies in Rwanda’s agricultural sector. He has implemented innovative new measures to educate, prepare and supply Rwanda’s farmers more effectively. Additionally, he has directed investment towards irrigation which has greatly increased food security and helped eliminate the risks from erratic rainfall.

Commentators have attributed Rwanda’s strong growth projections to Gatete’s overall ability, and the confidence financial institutions have in his ability to deliver on his commitments. Gatete embodies the new ideal of African leadership; shrewdly intelligent, talented and progressive.