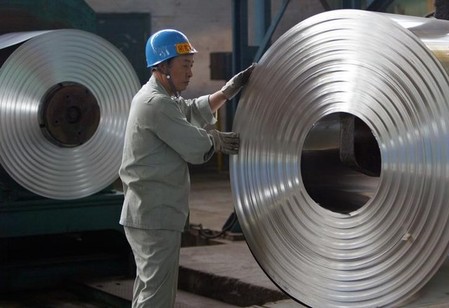 Domestic steel producers have said China, which produces half the world’s steel, has been dumping excess output locally as consumption at home wanes and, these low-priced imports have resulted in low sales volumes for the domestic firms.

The International Trade Administration Commission of South Africa (ITAC) launched an investigation in July into whether to impose safeguard duties, also known as emergency tariffs, on imports of cold-rolled steel from a number of countries including China, at the request of steel maker ArcelorMittal South Africa.

South Africa had previously said it is considering imposing emergency tariffs on some iron and steel imports in a filing to the World Trade Organization.

Pretoria slapped a 10 percent tariff on imported steel in August last year, but the emergency tariff, which would not apply to imports of stainless steel or silicon electrical steel, would provide much greater protection.

ITAC said in its report released on Monday that the steel sector had suffered “serious injury” as sales and output volumes dwindled and market share declined after a surge in steel imports.

But it did not impose provisional measures as it took into account the possible positive effect of the tariff increase introduced in August last year.

Its report was based on data from ArcelorMittal South Africa, which accounts for 83 percent of local production of the affected goods.

Emergency tariffs are used against an unforeseen surge of imports that threatens domestic producers. They are usually imposed for three years and there is no upper limit on how high the duty can be.