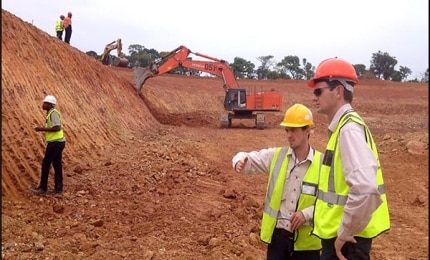 KINSHASA (Reuters) – Democratic Republic of Congo’s government supports Ivanhoe Mines’ $400 million sale of a stake in its Kamoa copper mine to China’s Zijin Mining, it said on Tuesday, dropping earlier objections to the deal.

The sale is a pre-requisite for the development of Kamoa, which is thought to be the world’s largest untouched high-grade copper discovery. A feasibility study on the Kamoa project is expected at the end of next year.

In a statement, mines minister Martin Kabwelulu and portfolio minister Louise Munga Mesozi added that Ivanhoe had agreed to sell an additional 15 percent stake in the mine to the government, which currently controls five percent.

The government said in June that Vancouver-based Ivanhoe’s sale in May of a nearly 50 percent stake in the copper project in southeastern Congo to Zijin for $412 million should be suspended until concerns over the purchase of its own stake were addressed.

It was not exactly clear what the government’s objections were, although industry sources said they wanted guarantees on their own stake first.

The conditions of the sale to the government still needed to be finalized in a contract with Ivanhoe subsidiary Kamoa Holding Limited and the mine, the statement said.