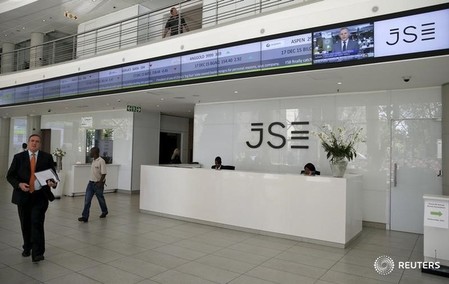 JOHANNESBURG (Reuters) – South Africa’s Dis-Chem plans to double in size over the next five years its chief executive said on Friday, as the drug store chain made its debut on the Johannesburg bourse.

Founded in 1978 by CEO Ivan Saltzman and his wife Lynette, Dis-Chem has become a major retailer of health products, with annual sales of more than 15 billion rand ($1 billion).

The company braved uncertain equity markets in South Africa’s second largest listing this year after food services group Bidcorp, which made its debut in May at a valuation of around 90 billion rand.

In addition to global economic uncertainties, investors are concerned about unemployment of more than 25 percent and weak growth in Africa’s most industrialised country.

Dis-Chem’s shares opened at 23.26 rand, valuing it at around 20 billion rand $1.37 billion), as the firm looks to take on larger retail rival Clicks Group and retailers Shoprite and Pick n Pay, which also sell medicines.

The firm has 106 stores in South Africa and plans to expand this to more than 200, Saltzman told Reuters. It is still much smaller than Clicks which operates more than 700 outlets and has annual sales of about 23 billion rand.

“We will continue on the same trajectory… we’ve doubled since 2010 and we will double again in the next 5 years,” Saltzman said after shares representing 27.5 percent of the Dis-Chem began trading. They had fallen by 9.9 percent from their opening price to 20.95 rand by 1153 GMT.

The Saltzmans, both qualified pharmacists, started their first chemist south of Johannesburg in 1978. They took six years before opening a second store in the city and in 2004 started expanding to the rest of South Africa.

Their son Saul is also an executive at the firm and the family will continue to control it with a 53 percent stake.

Although consumers have cut back on some discretionary purchases such as clothing, hurting other retailers’ profits, Saltzman said drugs and cosmetics have been less affected by South Africa’s economic situation.

“The pharmacy space is resilient and we have very strong growth and brand in that space,” Saltzman said.

Around a third of Dis-Chem’s stores are less than three years old and could boost revenue and profit as they become more established, Sasfin Wealth equity analyst Alec Abraham said.

“Dis-Chem will see a margin uplift from these stores as they mature and reach optimal profitability,” he said. “They’ve got some good earnings momentum.”

Goldman Sachs, Investec Bank, and Standard Bank are the joint global coordinators and joint bookrunners alongside Bank of America Merrill Lynch on the listing.