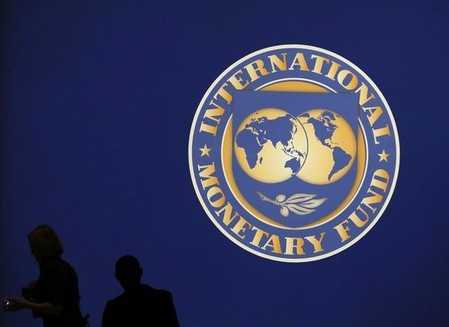 CAIRO (Reuters) – Egypt’s central bank said on Monday it could secure some $10 billion from the International Monetary Fund (IMF) by agreeing a structural reform programme but has yet to make any formal request to do so.

Talks over a possible loan half that size have faltered in the past and analysts say an IMF deal might require reforms that the government could find politically difficult to implement in a country where tens of millions live hand to mouth.

The central bank statement came in response to comments by a cabinet minister, who told Reuters on Monday that Egypt had started negotiations with the IMF last week for a $5 billion loan. The minister said the central bank was leading the talks.

“There is a delegation from the IMF that might visit Egypt next month to continue the negotiations,” the minister, who holds an economic portfolio, said by telephone.

The central bank said in a statement that while it had not formally made a request to negotiate a structural reform programme, it was in constant contact with the IMF and could secure $10 billion should it opt to apply.

“The numbers mentioned are incorrect. If there was a need to request a reform programme, Egypt would be capable of obtaining twice the figures mentioned,” the statement said.

The IMF said that its officials “maintain close dialogue with the Egyptian authorities” and that the lender stood ready to help should Egypt make a financing request.

“The size of any financial arrangement would depend on Egypt’s financing needs and on the strength of its economic program,” IMF Mission Chief for Egypt, Chris Jarvis, told Reuters in emailed comments.

Egypt’s economy has been struggling since a mass uprising in 2011 ushered in political instability which drove away tourists and foreign investors, major foreign currency earners. Reserves have halved to about $17.5 billion since then.

The dollar shortage has forced Egypt to introduce capital controls that have hit trade and growth.

The central bank said in its statement Egypt was pushing ahead with its existing reform programme, which includes plans for Value Added Tax (VAT) and subsidy cuts which were put on hold when global oil prices dropped.

A VAT bill is in its final stages but could face resistance in parliament on concerns over inflation that has hit seven-year highs since the currency was devalued by 13 percent in March.

Egypt’s reform programme formed the basis of a $3 billion three-year loan deal with the World Bank that was signed in December. But the cash has yet to be disbursed as the World Bank waits for parliament to ratify economic reforms including VAT.

“Egypt will have to proceed with some painful reforms to guarantee that the loan will work this time,” CI Capital economist, Hany Farahat, said.

“We still haven’t approved the FY16/17 budget, or the VAT. We need another devaluation round for the Egyptian pound … we need the investment environment to be reformed and capital controls to be eased for foreign investors.”