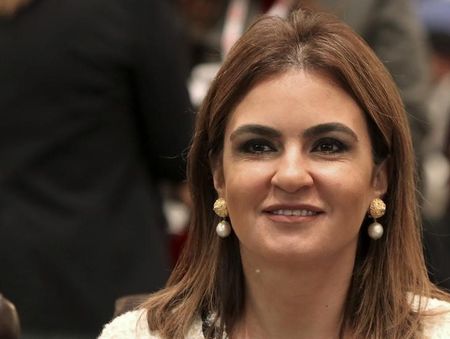 The first $1 billion tranche of a three-year, $3 billion loan from the World Bank to support Egypt’s budget was approved by the lender in December and was expected to arrive soon after.

But Egyptian media has questioned whether the money would come as the programme is linked to the government’s economic reform programme, including plans for value-added tax (VAT).

Egypt’s new parliament, which held its first session last month, ratified the vast majority of economic laws passed by presidential decree during the three years in which Egypt did not have a legislative house. But it has yet to ratify the government’s economic plan or the World Bank loan itself.

“We are just working on submitting the required documentation. It is nothing. We are normal. There is nothing (to say) about it,” Nasr told Reuters in a telephone interview.

“We need all the documentation, any law, any decree that we put we have to submit in English … Decrees on subsidies, laws for the establishment of industrial zones, fiscal reforms … I thought I would wait for parliament to ratify everything meanwhile.”

The World Bank told Reuters in December that the first tranche was focused on “10 prior actions for policy and institutional reforms” already implemented. The second and third tranches are linked to additional reforms the government plans.

“The whole reform programme will need to be done and not just the VAT being out. We need to have executive regulation in place and be operational,” said Nasr, an ex-World Bank official.

Nasr said a $500 million loan for budget support from the African Development Bank, part of a $1.5 billion three-year programme also signed in December, had been transferred.

Since those loans were approved Egypt has secured multi-billion-dollar aid commitments both from China and Saudi Arabia and signed major investment deals with Russia.

Egypt was in talks with Saudi Arabia to secure more aid, Nasr said, declining to give details.

Egypt was also working to iron out the details of a Saudi pledge to invest $8 billion in Egypt but Nasr said she was taking time to approve projects that were ready to go.

Egypt has previously signed preliminary deals on big-ticket investments that were later downsized or delayed.

Nasr said the government was still negotiating the details of a Saudi pledge to provide Egypt with petroleum aid over five years. Egypt signed an initial three-month deal with Riyadh to meet immediate needs while talks were ongoing.

“I wanted to make sure the three months are covered and to give myself time to make an even better deal for a five-year plan,” she said.

Egypt spends roughly $700 million a month on petroleum product imports. While it has benefited from plummeting global oil prices, a forex shortage has made it harder for import-reliant Egypt to finance shipments.

Last month, a BP tanker carrying liquefied natural gas was diverted from Egypt in what traders said was a sign that the currency crisis was jeopardising energy supplies.

BP and the government denied any payment problems and said the shipment was delayed by mutual agreement.

Nasr said the shipment was delayed because Egypt had managed to secure its needs more cheaply elsewhere.

(By Lin Noueihed. Editing by Michael Georgy and Alison Williams)