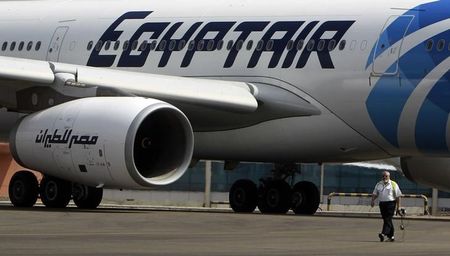 DUBAI (Reuters) – EgyptAir, the state-owned flag carrier, is in final stages of launching an overhaul and expansion plan that will reverse its downturn and propel it towards growth, its chairman said on Tuesday.

“We’re developing a 10-year restructuring plan, which should be finalised by mid-December,” Sherif Fathi Attia, chairman and chief executive of EgyptAir Holding told Reuters on the sidelines of an industry conference in Abu Dhabi. Attia is optimistic the plan will get government approval.

The plan includes a network and fleet expansion and Attia said the airline could place aircraft orders in the first quarter of 2016. He said wide-body aircraft would account for 20 to 30 percent of its total order.

The airline has struggled to make a profit, facing setbacks during the 2008 financial crisis, which was followed by the turmoil after the overthrow of then-president Hosni Mubarak.

EgyptAir reported an annual loss of 2.20 million Egyptian pounds at the end of June 2011, the last results the group published since the revolution.

The turnaround project, that could see changes in middle-management, aims for profitability at the end of the current fiscal year.

Attia ruled out initial public offering for the company, which had previously been under consideration.

EgyptAir is part of a group of seven companies which includes EgyptAir Cargo. It currently has a fleet of about 66 aircraft and flies to about 162 countries.

(By By Nadia Saleem, Reuters)