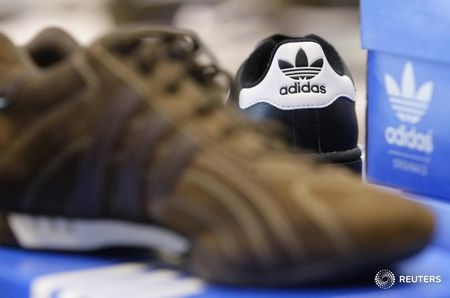 BERLIN (Reuters) – Egyptian tycoon Nassef Sawiris, who controls 6 percent of the voting rights in Adidas, says he wants a constructive relationship with the German sportswear company.

Sawiris, whose NNS Holding fund has a 1.7 percent direct stake in Adidas, has also accumulated an additional 4.3 percent of the company’s voting rights due to “put” options he has bought that should allow him to acquire further shares.

Asked about his intentions for the investment, Sawiris told Reuters by telephone he was “interested in a constructive dialogue” with the company.

Adidas Chief Executive Herbert Hainer said last week the company had quite an “intense dialogue” with most of its key shareholders. Asked about Sawiris, he said: “Everybody is welcome and if somebody can help us we are open to listen.”

Earlier this year, Belgium’s richest man Albert Frere, who together with Sawiris was a major shareholder in French cement company Lafarge before its merger with Swiss rival Holcim, acquired a 3 percent stake in Adidas.

They have made these investments as Adidas is looking for a successor to long-serving Hainer, who came under fire last year after the company lost more market share to Nike and suffered from falling golf sales and its exposure to Russia.

Adidas shares have risen 18 percent in the last three months, compared to a 6 percent fall in the German blue-chip index. J.P. Morgan analysts said the rise could partly be explained by the stock building of Sawiris.

In May, Hainer said he had hired advisers to help fend off any potential hostile takeover bid, although he said back then Adidas had not been approached by activist investors seeking to build a stake.

Adidas said in August it was considering the possible sale of its golf brands, as demanded by some investors, but Hainer has rejected selling fitness brand Reebok, saying the long-struggling business he bought in 2005 is now on the mend.

Adidas shares jumped last week to their highest level since January 2014 after the company reported better-than-expected third-quarter results, raised its full-year guidance for sales and profits and gave an upbeat outlook for 2016.