Egypt’s Beltone files lawsuit against heads of bourse and watchdog 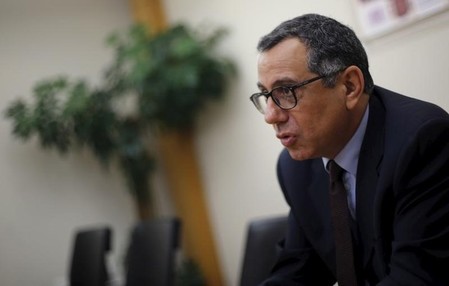 CAIRO (Reuters) – Egypt’s Beltone Financial has filed a lawsuit against the heads of the Cairo stock exchange and Financial Supervisory Authority over the repeated cancellation of trades on its stock, according to two sources and a court document seen by Reuters.

Shares in asset manager Beltone jumped by more than 550 percent in three months after it was acquired by billionaire businessman Naguib Sawiris’s OTMT in November for 650 million Egyptian pounds ($73 million).

The price spike lifted Beltone’s market value to 4 billion pounds before the stock exchange, at the end of February, began to stop trades in the shares on an almost daily basis. The exchange referred to rules allowing such cancellations in cases where the head of the bourse considered that trades had taken place at unjustified prices.

Beltone’s share price stood at 7.34 pounds on Sunday, compared with 21.97 pounds in mid-April.

“Beltone filed a lawsuit before the Administrative Court against the head of Egypt’s stock exchange, in person, and against the chairman of the financial regulator,” said two sources who are close to the matter.

The lawsuit contests that the head of the stock exchange’s decisions were incorrect and an illegal abuse of authority.

The head of Egypt’s stock exchange, Mohamed Omran, was not immediately available for comment.

Sherif Samy, chairman of the Egyptian Financial Supervisory Authority, said that Beltone had filed a grievance with the regulator earlier this month.

“The decision of the commission did not come in its favour and that is why they are resorting to court, and that is the right of any party,” Samy said.