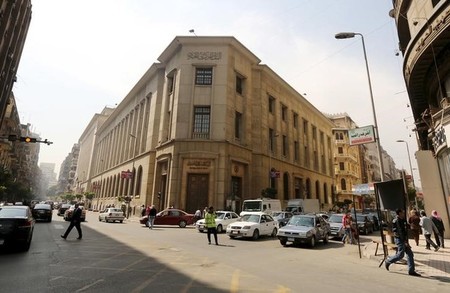 CAIRO (Reuters) – Debit cards linked to Egyptian pound bank accounts can be used outside the country in a “regular” way, the central bank said on Thursday, after instructions it sent to banks on Wednesday appeared to ban customers from using them abroad.

Although Wednesday’s letter suggested a blanket ban, the central bank said its instructions “only apply to individuals misusing debit cards to acquire large amounts of foreign currency without a clear reason for doing so, which saps banks’ foreign reserves”.

“The Central Bank of Egypt affirms the continued use of all cards, debit or credit, under existing limits set by each bank,” it said in a statement.

In the letter sent on Wednesday and seen by Reuters, the central bank had told bank chiefs: “Please ensure that debit cards, including pre-paid cards, issued in local currency by Egyptian banks are only used within the country.”

“It is up to each bank to set limits on its clients’ usage of foreign currency abroad through debit cards linked to local currency accounts, but we need vigilance because some clients use debit cards to get large dollar amounts not intended for travel, tourism, or shopping,” he said.

The bank’s later statement acknowledged the instruction had been sent but said it applied only in some cases. Wednesday’s letter did not indicate that was the case, however.

Egypt depends on imports for everything from food to fuel but has suffered from a shortage of dollars in the banking system to pay for them since a 2011 uprising drove away tourists and foreign investors, crucial sources of hard currency.

Many import businesses now rely on the black market, where they can get hard currency for a higher price. The pound’s rate on the black market has weakened since the central bank devalued the Egyptian pound in March, at which time it was roughly in line with the official rate.