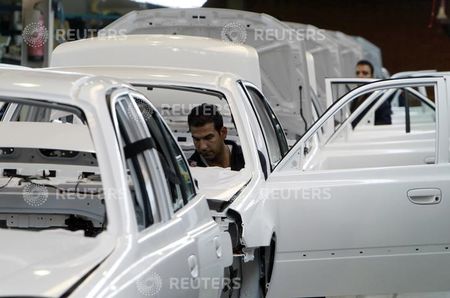 CAIRO (Reuters) – Egyptian auto distributor GB Auto said on Thursday that production at some of its factories was halted for 20 days during September and October due to delays in supplies but is now back on track.

“GB Auto factories faced some turbulence in production during September and October due to delays of production input shipments which have led to the halting of production at some factories for 20 days,” the firm said in a bourse statement.

GB Auto said factories were now functioning in a “regular manner” due to the availability of production material.

Egypt is facing a currency shortage which is affecting the ability of businesses to import products.

GB Auto, Egypt’s largest listed auto assembler and distributor and the country’s distributor of tuk-tuks and motorbikes made by India’s Bajaj, has been affected by the currency crisis like many other companies in the country.

In August, the firm posted a 65 percent drop in its second-quarter net profit and said the currency shortage has depleted its inventory of some key models.

GB Auto made 22.4 million Egyptian pounds ($2.79 million) in the second quarter compared with 63.6 million in the same period a year earlier. [nL5N10L2EX]