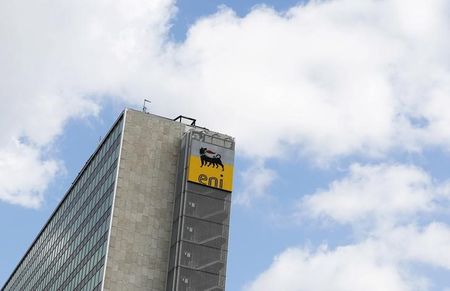 The company, which aims to sell all the LNG from the plant to British oil company BP, is expected to make a final investment decision this year but has now overcome one of the biggest hurdles.

The pace of development of giant gas export schemes has slowed globally as liquefied natural gas prices have plummeted with oil prices, prompting many companies to delay funding decisions until business conditions brighten.

Eni is moving ahead in Mozambique despite the added challenge of using a relatively untested technology to ship the gas.

Its floating LNG (FLNG) export plant will be moored above the Coral gas field, containing 5 trillion cubic feet of gas, in resource-rich waters off Mozambique.

One of the world’s poorest countries, Mozambique is hoping to fuel future prosperity with revenue from an estimated 180 trillion cubic feet of offshore gas.

Eni’s plans include drilling six subsea wells and installing a floating LNG facility with a capacity of around 3.4 million tonnes per year.

Regional LNG rival Tanzania has struggled to match Mozambique’s pace of progress in getting its own fledgling industry off the ground, hamstrung by regulatory uncertainty and other factors.

Large latent capacity in the United States to export LNG at relatively low cost has also raised the competitive bar for what rival projects elsewhere in the world must do to attract customers, industry sources say.

LNG prices are around a quarter of what they were two years ago as a wave of new supply has overcome demand growth, depressing the market, with yet more supply on the horizon as the United States starts exporting.

Eni CEO Claudio Descalzi said approval of the Coral POD was a historical milestone for the development of the group’s discovery of 85 trillion cubic feet of gas in the Rovuma Basin.

“It is a fundamental step to progress toward the final investment decision of our project which envisages the installation of the first newly built FLNG facility in Africa and one of the first in the world,” Descalzi said.

Eni is the operator of Area 4 with a 50 percent indirect stake owned through Eni East Africa which in turn holds 70 percent of the Area.

(By Oleg Vukmanovic and Stephen Jewkes. Editing by Francesca Landini and Susan Fenton)